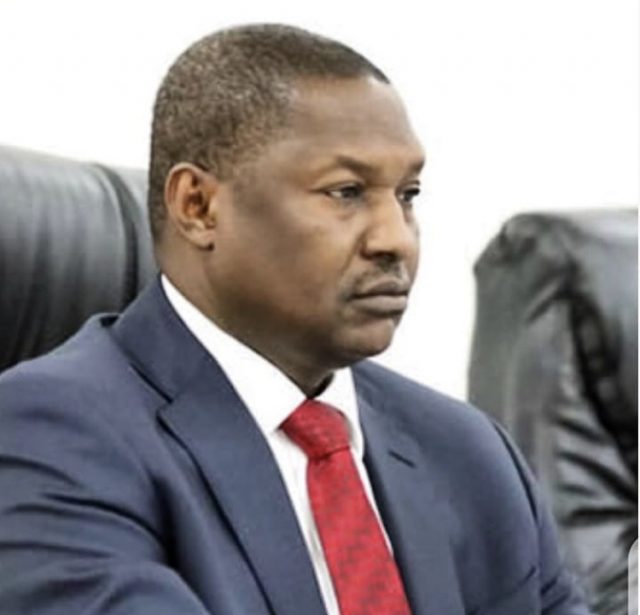 Mr. Abubakar Malami, Attorney-General of the Federation and Minister of Justice, on Wednesday said the ban of open grazing by the 17 southern Nigeria governors in their Asaba Accord last week Tuesday is an illegality.

Not stopping at that, Malami, who has been all so powerful in his capacity as the chief law officer, even compared the ban to stoppage of vehicle spare parts business by northern governors.

He even suggested that the Northern governors can also take such decision to ban the spare parts business as southern governors did open grazing that has been a  source of criminality in the south states where some armed Fulani herdsmen have been oftentimes indicted of crimes of murder, rape, arson and looting.

The pressure from open grazing of cattle where herdsmen take their cattle to farms and let loose their livestock to feed on crops has caused so much anger that even President Muhammadu Buhari ordered security operatives to shoot down herdsmen seen carrying arms.

Malami’s position seem to agree with the outburst of the governor of Bauchi State in February calling out Benue State governor for stopping open grazing. The Bauchi governor Bala Mohammed had argued that the forests of Nigeria are owned by nobody and therefore should be occupied by the herdsmen as they like and also that their carrying arms is justified to protect themselves from attack. He later recanted on his support for carrying arms, but not on their rights to take over any forests which he had said in response to ban by the Ondo State government of herdsmen not registered operating in the state and also stopping them from occupying forest reserves in the state.

Malami said open grazing ban is the same thing as Northern governors banning spare parts trading in their own region considering the fact that Southerners comprise a majority of spare parts traders in the North.

His position was made known during an live interview on Channels TV with Seun Okinbaloye Wednesday at 7pm.

The interview was monitored by the ACE.

Since last week Tuesday the 17 governors of the south made the position known, the matter has generated so much responses from all parts of the country with some aligning with them and others against.

Among the loud voices of dissent was the Senate President, Ahmad Lawan who didn’t see reason for a call to restructure Nigeria.

But the Arewa Consultative Forum (ACF) agrees with the ban on open grazing and faulted the call for restructuring as echoed by the spokesman, Emmanuel Yawe