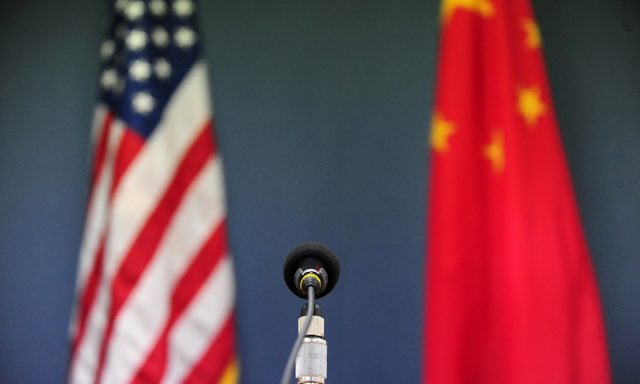 Following months of silence, Chinese and US senior trade officials are ramping up trade talks, as Chinese Vice Premier Liu He held a virtual meeting with US Treasury Secretary Janet Yellen on Wednesday – his second discussion with top economic and trade officials under the Biden administration in less than a week, with both parties underscoring equality and mutual respect as well as the importance of economic ties in bilateral relations, sparking optimism over enhanced communication between the world’s two biggest economies as well as caution that significant hurdles still remain intact.
Trade and economic talks on the premise of equality and mutual respect followed after Chinese diplomats dealt vigorous counterblows to US representatives who wanted to speak to China in a condescending way from a position of strength during the China-US Alaska high-level meeting in March.

The increased frequency of talks between senior trade and economic officials signaled that ties are back to the normal trade and economic-talk track. It could be constructive for both sides to exchange their stances on a wide range of issues of dispute, and try to untangle at least certain aspects of the increasingly complex and escalating rivalry, which would inject a certain sense of stability into bilateral ties and confidence for a global economy still reeling from the COVID-19 pandemic, analysts noted.

However, even as China continues to promote bilateral trade and economic cooperation through increased purchase of US goods and services and expanded market access for US businesses, the Biden administration has so far largely maintained the toxic policies carried over from the administration of former president Donald Trump, and has even stepped up crackdowns on Chinese firms, posing serious hurdles for the two sides to resolve disputes and boost cooperation, analysts also pointed out.

During the virtual meeting on Wednesday – the first between Liu and Yellen since Biden took office in January, the two sides agreed that the China-US economic relationship is “very important,” according to a statement published by the Xinhua News Agency.
“The two sides had broad discussions over the macroeconomic situation and multilateral and bilateral cooperation with an attitude of equality and mutual respect and candidly exchanged views on each other’s issues of concern,” the statement reads, adding that both sides are willing to maintain communication.
The virtual meeting followed Liu’s first phone conversation on trade issues with US Trade Representative Katherine Tai on May 27, during which the officials also had candid discussions over issues of concern and agreed to continue talks.
In a statement on Wednesday, the US Treasury Department said that “Secretary Yellen discussed the Biden-Harris Administration’s plans to support a continued strong economic recovery and the importance of cooperating on areas that are in [US] interests, while at the same time frankly tackling issues of concern.”
The fresh discussion involved comprehensive talks on economic issues, expanding from the trade sector as in the last talk, which sends a clearer signal that economy and trade are still the most prominent area of cooperation between the two countries, which hinges on the strong complementarity of both countries, experts said. The increased frequency of communication between senior officials showed that both sides are ramping up talks to at least exchange views and seek to address specific issues in a pragmatic manner.