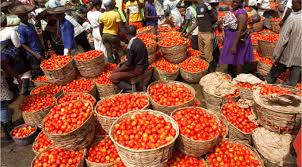 On a certain day in Beijing in 2016 at an interview session, the response I got to my question remains in my mind, five years after.

It was a meeting with the Director of African Affairs at the International office of the China Ministry of Agriculture, Ye Anping.

After he briefed on the agricultural gains of China and how the economy shifted from agro based to industry based, I asked him if China since its cooperation with Africa through multilateral and bilateral schemes had learnt any agric skills or borrowed crops from Africa.

Ye answered a flat no, but added that they had learnt some experience, and according to him, experience matters most.

To elucidate his point, he cornered me and said: “We learnt from your country Nigeria not to make the mistake you made about agriculture. Nigeria was a food sufficient country in the 1950s and early 1960s before it diverted all its attention to oil and ignored agriculture. Today, Nigeria that used to provide her own food and also exported to other countries is hungry and hasn’t food to feed her population until she imports.”

He added: “The worst mistake a country like China can make is surrendering the food security of 1.4 billion people to another country. We made sure we don’t take such risk.” Did that sink?

I pocketed that bombshell from Mr. Ye. Now, I bring it home that the worst mistake south Nigeria had dwelt on in the past years is surrendering her food security to others.

In the past 51 years, the country has consistently spent about 80% of her agriculture budget in the north of the country.

Until Akinwumi Adesina in President Goodluck Jonathan’s days, it is difficult to remember the last time a southerner was the country’s agriculture minister. The consequence is where you have the most mechanized farms in Nigeria and modern agriculture methods mainly in the north.  In a normal setting it is okay because they have more land space for agriculture, and mentioning China again, it is the north east of China like the provinces of Liaoning, Anhui and Heilongjiang that have the vast farms with some in the Shandong region.  Even other countries have such peculiarities since economy is best developed taking advantage of the factors that make growth easiest and available in a particular region.

Cognisant of this truism, it confounds why the same north that has advanced modern agriculture in crop cultivation and poultry insist that the archaic nomadic pastoralism will not change, as it has become a source of security headache.

Between February and now, there have been two instances where northern farmers weaponized food against the south.

These should cause the south to rethink their dependence on the north for food.

The producer is in business because the buyer is ready to spend her money on food, and when she stops buying, with an alternative, the large scale farmer who produces for the market faces bad business weather.

But freezing food supply to south the second time in four months is an ominous sign to the three zones of the south to do something about producing their own food.

Prior to Independence, the South Est was rich with palm produce. Part of the South South had timber and rubber while the South West survived on cocoa and cola. They all produced their tubers, roots and vegetables. Even today, not more than 50 percent of the food consumed in the south come only from the north.

These teach us that the south at a point started mismanaging herself over food production which no science or technology has found any alternative to. Right now, if it hasn’t occurred to some people that they will never be self sufficient just for producing food nobody buys, then the lesson has to be taught and learned the alternative way. I am sure that the entire population of Niger and Chad, even Benin. Ghana and Togo cannot be an alternative food market for our farmer kins in the north of Nigeria. These countries don’t have the depth of the southern Nigeria market while our farmer brothers don’t have facilities for preservation and long transportation to such distant markets. In the economic cycle, we need each other, but the farmers have lately started to think themselves superior with the pronouncement of the Onion Framers Association on Saturday that they would freeze supply to the south any time soon.

Their anger is losses they incur due to the security crises we live with. They also demand compensation. Their complaints are genuine because nobody’s business should be destroyed. But our farmer brothers should not forget that the bone of contention that spikes security concern is the insistence of some people on bringing their cattle to graze on the farms of some other Nigerians. To the complaint of those affected farmers, the federal  government hasn’t seen any major error to be addressed before we discuss compensation.

I wonder who would pay the compensation for the lost livelihood and lives from the herders because many farmers have been killed for complaining against the herders involved in this act.

I have argued over time that one of the ways to stop the nomadic herders from overrunning the south with their cattle and carnage is for the south to also produce or rear cattle. When the south have cattle ranches, they might not have to buy from the nomads, and as there is no longer market here, their presence with cattle ceases. That also brings an end to the violence that come with nomadism.

The south can adapt cattle ranches in their stead to raise even more than they can consume and export meat and dairy. Akwa Ibom and Ekiti governments have set up ranches to rear cattle and produce milk. That is the only way to go.

In Igbo land for example, the grassland areas of Abakaliki and Nsukka traditionally rear cows in their homes. What it would take us now is just improving on the skills and enlarging it. I saw large herds of the Igbo cow species in the animal science farms of the University of Nigeria, Nsukka. They were hybrids of the local cows and came even larger than the northern species. This is the time the governments of the southern states should task themselves and deploy their state universities’ agric faculties to get down to the job. We desperately need to develop and explode in farming.

The world is open for borrowing of ideas from everywhere to survive. A typical example to scorn the south over their lethargy in agriculture is the state of Israel that knows it doesn’t have any good friends around to sell foods to her and rolled up the sleeves to become food exporters from the desert.

If a desert habitation can do that, a rainforest belt with the largest biodiversity index in the world ecosystem can do much more.

In agriculture today, we don’t need all the land space in the world to operate a farm. I have seen soil-less agriculture in China where the farm field looks like a supermarket shelf and plants, especially vegetables planted on tiered layers under greenhouse roofs.

Even as awesome as China has gone in tech, the owners of most of the farms I ever visited – from the dairy farms of Lhasa, Tibet to the vegetable gardens of Zhangzhou, Fujian and Wanning in Hainan, confirmed that Israeli experts operate them and teach them how to do it.

Let the south start working to feed herself before food blockading brings a reign of hunger crises on us.

Before the long term and large scale government policies take roots, we can start with what I called Seed for Weed Project in my thesis at the Kookmin University, Seoul. I simply meant converting all the land spots around our homes occupied by weed to small gardens. Every little food produced matters. 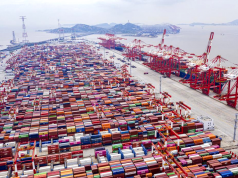 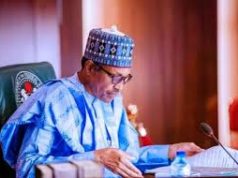