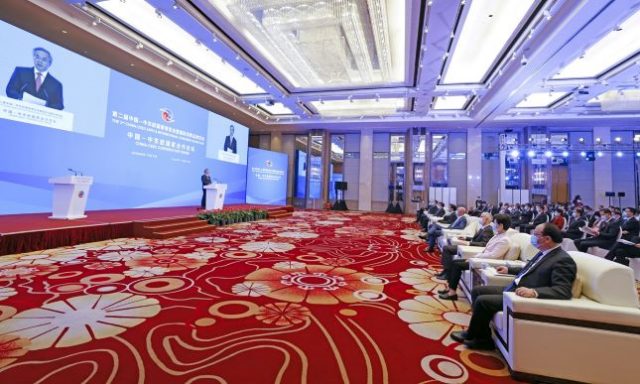 China on Tuesday kicked off a major trade expo aimed at boosting trade with Central and Eastern European Countries (CEEC) with widespread participation by heads of state and businesses from the region, shrugging off recent disruptions and noise instigated by the US in Europe that has cast some uncertainty over massive China-Europe economic and trade ties.

Underscoring China’s commitment to advancing win-win cooperation with European nations, Chinese President Xi Jinping sent a congratulatory letter to the opening of the second China-CEECs Expo and International Consumer Goods Fair in Ningbo, East China’s Zhejiang Province, expressing hope that all parties can take this opportunity to tap the potential of cooperation and broaden space for cooperation.

At the opening, where major business deals in a wide range of areas including agriculture and e-commerce are expected, leaders from the CEECs, including President Milos Zeman of the Czech Republic and President Aleksandar Vucic of Serbia, struck a cooperative tone in their remarks, in stark contrast to recently rising anti-China voices on the continent as Washington seeks to drive an ideological and geopolitical wedge between China and Europe at the G7 meetings and US-EU meetings.

The opposite diplomatic approaches adopted by the US, which is sowing political discord in Europe in a series of recent and upcoming meetings, and China, which increasingly opens its market to European businesses, was on display at the expo on Tuesday.

Inside Ningbo’s 200,000-square-meter exhibition hall, 425 exporters from CEECs are displaying their products–from wines and food to machinery equipment such as yacht and light planes–to 7,000 professional buyers and looking for closing deals.

“This is the first in-person expo after the pandemic, and we knew that the buyers would come,” said Leon Meredyk, manager of business development of Polish trading firm Vici Group, told the Global Times on Tuesday.

Vici Group shipped 2,200 containers of milk products to China in 2020, and this year, “we aim at 3,200 containers. Our previous experience with the expo has been very fruitful and I think this time the result will also be good,” Meredyk said.

Trade between China and the CEECs is increasing rapidly despite disruptions from the COVID-19 pandemic. In the first four months of 2021, trade grew 47.9 percent to $40.71 billion.

To further boost trade between China and the CEECs, new agreements over agricultural trade were signed and new freight trains between Zhejiang and Budapest were launched on Monday on the sidelines of the expo. Also as part of the event, over 200 business meetings were scheduled between 68 firms from CEECs and 200 Chinese firms.

Chinese companies are also eyeing investment opportunities in the CEECs, as the latter provides an accommodative environment in the region.