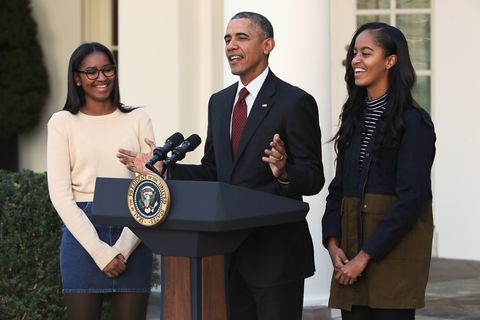 US former president Barack Obama is full of praises for his daughters for their participation in the Black Lives Matter protests, sharing that 19-year-old Sasha and 22-year-old Malia are “so much wiser, more sophisticated and gifted than I was at their age.”

The former president spoke about his daughters’s activism in an interview with CNN’s Anderson Cooper, where Obama admitted that he often worries about their physical safety, whether the young women are protesting or not. “That’s just the nature of fatherhood,” he said. But when it comes to the decisions that they’ve made in regards to their social and political action, he’s not concerned.

“In terms of them having a good sense of what’s right and wrong and their part and role to play in making the country better, I don’t worry about that,” he said. “What you and I might have tolerated as ‘Yeah, that’s sort of how things are,’ their attitude is ‘Why? Let’s change it.’ And that’s among not just my daughters, but it’s among their white friends, right? There’s this sense of, well of course it’s not acceptable for a criminal justice system to be tainted by racism. Of course, you can’t discriminate against somebody because of their sexual orientation. They’re things they take for granted, that I want them to take for granted.”

Obama went on to say that his daughters are “not just interested in making noise,” but instead are working to create real change. He shared that they’ve even expressed skepticism around cancel culture, which can oftentimes draw vast criticism and hate toward a person who expresses ideas or behaviors outside of what’s deemed acceptable by today’s standards.