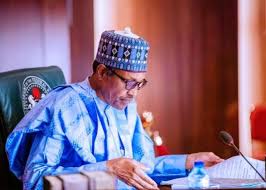 The drama by the government of Nigeria under President Muhammadu Buhari has become quite interesting lately.

The interest is the sudden wishes, calls and agitations by the north from some groups that the Igbo should be given their Biafra and allowed to secede if that is their best bet.

Even though I don’t subscribe to IPOB or any Biafra calls, that support is welcome and good, after all who loves subjugation or who doesn’t love freedom. If the Fulani would not be cured of Igbo phobia after these years of subjugating and denying them status of a normal citizen of Nigeria, it is an incurable psychosis.

We won’t sound boastful to say that the Igbo won’t get extinct if she lives alone as a country and no other people with the resolve to survive will.

I love and wish to be in Nigeria, but not as a slave, a minion, second class person with unequal rights and status with others. I know the benefits of being part of a just Nigeria, but I can’t die to have Nigeria that has not been fair to me. Even our bloodshed in millions hasn’t healed Nigeria and can’t appease the haters, therefore no need trying harder.

The people calling for Igbo ouster can’t be placated until the Igbo subject as full and total slaves. Are the Igbo willing to do that to impress the Fulani oligarchy? I doubt it.

To these callers, especially the Northern Elders Forum (NEF), no injustice would come to the Igbo if you force them out of Nigeria. That would not be worse than what they suffered before, during and after the civil war and up until today.

Wherever I mention Fulani in this discourse, doesn’t mean the entire Fulani race. I mean the government of President Muhammadu Buhari and his entire team made of his kinsmen with a definite anti-Igbo agenda.

Here in Nigeria, Presidents Shehu Shagari and Umar Yar’Adua were Fulani as Fulani can be, but the Igbo were not relegated to slaves like now. There are Fulani that love Igbo and humanity. But this crop that populates the NEF who band together as allies of Buhari against the Igbo are far from that class, and they and Buhari are the ones I address.

Even if the Igbo goes or is forced out, that would not make the mismanagers by addiction to learn to manage Nigeria better. The problem of Nigeria is not the Igbo but the leadership that invests more energy in division and hate than in leadership.

Whenever people try to blackmail me about how the Igbo are the bad guys of Nigeria, especially the gullible and apologetic Igbo kins, I  ask them one question – if Igbo are the only bad people in Nigeria and never managed Nigeria, how come Nigeria managed by the nice people is the worst country in the world?

With my little knowledge of Nigeria, having been in journalism all my career years, certain things I have witnessed and reported taught me that no Nigerian is better than the other because of where s/he comes from.

In the past 107 years, we have already entrained what I call the Nigerian culture, and all parts of Nigeria have imbibed it.

But what has been constant is that Nigeria is managed to the benefit of some and altogether to the exclusion of the Igbo. That makes the Igbo a contributor and never a beneficiary of Nigeria.

All the security heads in South East states don’t include the Igbo, and it is no issue. They are 98% Fulani and they discuss the Igbo subjugation policy with their Fulani service chiefs and the Commander-in-Chief and take decisions on how to ‘manage security’ in Igbo land without any Igbo in the group to speak for them. That is no issue also.

It will take a library load of books to document what the Igbo have been through in the past six years of Nigeria. Even in 2017, a group issued an open threat that the Igbo should vacate the north, the government of Nigeria didn’t say a word in response.

The Northern Elders, the youths, the women and others that have asked the government to let the Igbo go in the past one week never for once, even in veiled reference told the government that it has not been fair to the Igbo or called on Buhari to listen to them.

While this government discusses, negotiates and compensates Boko Haram members that still go back to wreck more damage and pay bandits, even foreign ones, nobody among these blackmailers against the Igbo spoke up that the Igbo should be treated fairly or listened to. They have suddenly found their voices to persuade that the Igbo should be allowed to have their Biafra.

The NEF never saw any Igbo elders to have a meeting with to discuss these, but one of them was bold to say the Igbo can only get the presidency in exchange for their wealth in the north. That is the wealth they made not from government compensation.

After the #EndSARS protests the NEF complained that their people were killed and went to Rivers State to intercede. There in Rivers State, and without seeing any Igbo elders, they cast aspersion on Igbo elders that they don’t advice their youths against violence and went back to Kaduna.

They also allege that the Igbo leaders have not spoken up against destruction of goods of northerners in the east or against violence. Quite interesting also.

For clarity sake, I don’t support violence on anybody. It is senseless for any Igbo youths to burn things belonging to northerners. We build wealth and we know the value of wealth and would not support burning.

Yet, I will ask how many times the Igbo have been killed in sectarian crises in Kano, Kaduna, Katsina, Bauchi, Zaria, Jos etc since the 1970s? How much of their property have been burned in these carnage. Which northern leaders, apart from late Emir Ado Bayero spoke up against it? How many of the killers and arsonists that meted these destruction on the Igbo were ever prosecuted over the years?

Before we got here, something started happening in 2016 when Fulani herders invaded Nimbo town in Enugu State and killed as many as 45. Did the government prosecute anyone? Did the northern leaders speak up against it?

However, about the South East leaders not speaking against IPOB, what is it that made the likes of Governor Dave Umahi and the other governors, apart from Hope Uzodinma, the Ohanaeze leadership under Nnia Nwodo pariah among the average Igbo young people? Isn’t it their refusal to take sides with IPOB and their ESN?

I am sure the South East Governors Forum every month in the past one year has issued statements denouncing IPOB, ESN and violence in the South East. Even though I don’t like their silence I call cowardly when the FG maltreats the Igbo, but in all their statements, they restate their support for one Nigeria, call for fairness, justice, equity and say loud no to violence and secession. They were part of the Asaba declaration of the 17 southern governors which also decried violence, said a loud no to secession and supported a united Nigeria.

So, how else do the northern elders want them to speak out before they hear them?

Since the maltreatment of the Igbo under Buhari as state policy, how many northern leaders have spoken up against it. I deliberately repeated this question because it is the continued and unattended problems that led to what we have today.

Since the elders have joined in such mischief, it is is late for us to sound apologetic.

Whatever you plan to do, ask Buhari to do that fast because as you never heard the voices against dividing Nigeria from among the Igbo till now, I doubt if you would tomorrow.

You don’t beat a child and deny him shedding tears. 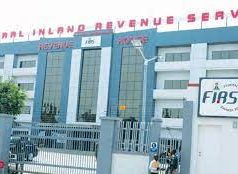 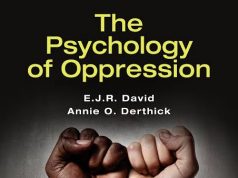