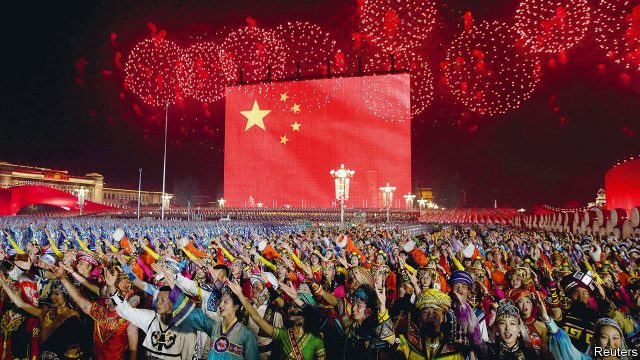 British Conservative MP Tom Tugendhat gained fame recently in China after unintentionally extolling the merits of the Communist Party of China (CPC). His comments were described by many Chinese netizens as bestowing “the highest praise.”

In an interview with the BBC’s Chinese Service, Tugendhat said that the CPC is “not afraid of America or Britain,” but is “only afraid of one thing, and that’s the Chinese people.” He had intended to knock the CPC but ended up highlighting its recipe for its successful governance of the country, namely a people-centered philosophy. To a certain degree, a fear of failing the Chinese people gives power to the Party.

Origin of the philosophy

People-centered thought has long been integrated into China’s traditions. Confucius and his disciples preached the idea to the local rulers over 2,000 years ago. They compared rulers to boats and the common people to water. “Water not only can keep a boat afloat but can also sink it,” was the way they put it.

Events that occurred during dynastic changes in China over the next two millennia proved the great benefits of this philosophy. It is why the CPC has kept people-centered thought as its guiding principle since its founding.

Founded and thriving on people

In the early days of the CPC following its establishment in 1921, the Party made the “mass line” its lifeline, championing close Party-people relations by listening to people and meeting their needs. In the late-1920s, the CPC outlined for its troops, later known as the People’s Liberation Army, detailed principles, such as “do not take a single needle or a piece of thread from the masses,” with the aim of treating and serving the country’s citizens properly and wholeheartedly.

Such a philosophy helped the CPC win increasing popularity and support from the Chinese at home and abroad, including rubber magnate Tan Kah Kee. The village boy-turned-business tycoon concluded that “the future of China lies in Yan’an” after the squandermania he saw under the Chiang Kai-shek and his Kuomintang in Chongqing. Just one welcome dinner cost the Kuomintang over 500 times the money spent by Mao Zedong and the CPC under his leadership in Yan’an. The extravagance came at a time when hundreds of millions of Chinese were suffering from hunger and turmoil caused by Japanese aggression.

After the defeat of Japan in World War II, Tan Kah Kee said that “the CPC has won the support of the Chinese people and the support is deeply entrenched. Neither the Kuomintang army can destroy the CPC, nor any foreign suppression with money or weapon is capable of bending it.”

His judgment turned out to be correct. By sticking to its “mass line” and putting people first, the CPC, a latecomer, became the leading stakeholder on China’s modern political stage and successfully championed the establishment of a people’s republic for the first time in the nation’s 5,000-year history.

That’s the power of the people.

Since the founding of the People’s Republic, the CPC, with whom the people imbue with the power to lead the governance of the country, has been making plans for development in line with the needs of the people. It doesn’t mean there were no mistakes or regrets.

But as Mao Zedong, the founder member of the Party, once said: “If we have shortcomings, we are not afraid to have them pointed out and criticized, because we serve the people. Anyone, no matter who, may point out our shortcomings. If he is right, we will correct them. If what he proposes will benefit the people, we will act upon it… If, in the interests of the people, we persist in doing what is right and correct what is wrong, our ranks will surely thrive.”

With this approach, the Party has managed to steer the nation away from high-risk social movements like the Cultural Revolution. It was also able to withstand the financial crises of 1997 (Asian) and 2008 (global). All the while, it has kept China on the right track towards reform and opening-up, improving living standards, reducing the rural-urban income gap, stamping out corruption, and pursuing green development, technological innovation and fairer competition.

Keeping in mind the original aspiration of serving the people, the CPC also led the nation in achieving a relatively quick containment of the COVID-19 pandemic. The free testing and treatment of everyone in need and the quick replacement of unqualified and derelict officials won wide acknowledgment from the Chinese people during the epidemic.

“Never forget why you started, and your mission can be accomplished.”

When Xi Jinping, the CPC’s top leader, reminded Party members in 2016 of the Party’s original aspiration at the 95th anniversary of its establishment, he once again stressed the importance of serving the people, as “winning or losing public support is an issue that concerns the CPC’s survival or extinction.”

The collapse of the CPC government has long been predicted and yet we have only witnessed China going from strength to strength.

On the 100th anniversary of the Party, it is worth once again, highlighting its people-centered philosophy. This can help reinforce this way of thinking, which is a prerequisite to translating these thoughts into actions. Adhering to the nation’s ancient wisdom has been the secret to maintaining the resilience of the Party’s governance and the system it adopted. Persistence in staying true to its commitment to the Chinese people will help the Party ensure the ongoing rejuvenation of the Chinese nation.

Tu Yun is an editor at China Plus and China Radio International’s former correspondent in London. You can contact him directly at [email protected] Please send any other contributions, including expressions of interest in sharing expertise with us, to [email protected]