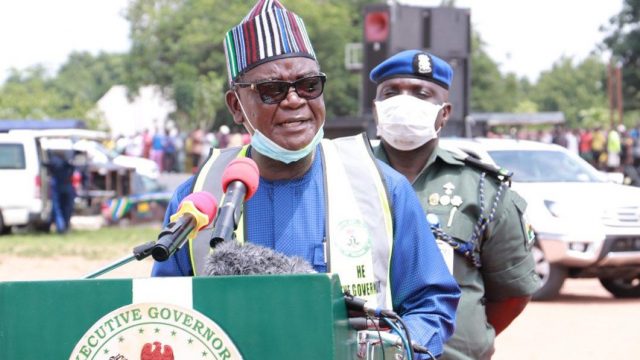 The Benue State governor, Mr. Samuel Ortom has carpeted and rubbished the federal government for a selective manner of enforcing justice and choosing whom to arrest and punish and whom to spare.

Ortom said this in reaction to the arrest of the leader of the IPOB separatist group.

He chided the FG for putting in so much effort to arrest and ferry back the IPOB leader, Nnamdi Kanu to Nigeria to face trial but wondered why the same government cannot lift a finger to apprehend the Miyetti Allah cattle rearers group that admits to atrocities of killings in Benue State.

“Let me say that if the federal government can demonstrate capacity and can arrest Nnamdi Kanu, from a foreign land, they should also exhibit the same will, zeal and decision to arrest Fulani herdsmen, especially Miyetti Allah who have owned up to killings in Benue State and have continued to terrorize our land. Meanwhile, these Fulani herders that kill live in our country.

“It was laughable to hear that Miyetti Allah called Kanu a terrorist, someone who is fighting for the liberation of his people is called a terrorist by terrorist organisations called Miyetti Allah and Fulani herdsmen. So the federal government should rise to its responsibility and arrest these ones.

I have also have no problem about Kanu’s trial, I only call that if he has committed any offence, there should justice and due process.

The federal government should also do justice to arrest Miyetti Allah who are terrorizing our land, causing hardship, pains and killing our people and doing damage to our economy. If the government doesn’t do that, it is questionable and a sign of bias, selective justice and lack of seriousness.”

Ortom, the bold and outspoken strong man governor of Benue has been in serious battle with Fulani herdsmen whom he accuses of wanton killings in Benue State since the state enacted a law to ban open grazing as a way to check the incessant clashes between herders who destroy farms of the Benue natives with their cattle and also engage them in wars and arson.

He has at several times in the past accused President Muhammadu Buhari of deliberately keeping quite while Benue people are killed and rather taking sides with the Fulani herders.

He also alleged that Buhari subtly supports the Fulani herders to conquer, kill and drive away the people of Benue and take over their land.

In what looked like affirmation of the accusation, early in June when Buari was interviewed by a TV station in Nigeria, rather than announcing any measures to stop the open and nomadic herding that has been a cause of anarchy and violence, he instead vowed to revive a dead law that created cattle grazing routes in the north, a law that came to an end over 50 years ago. 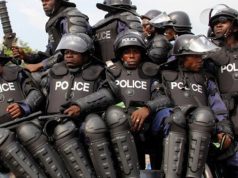