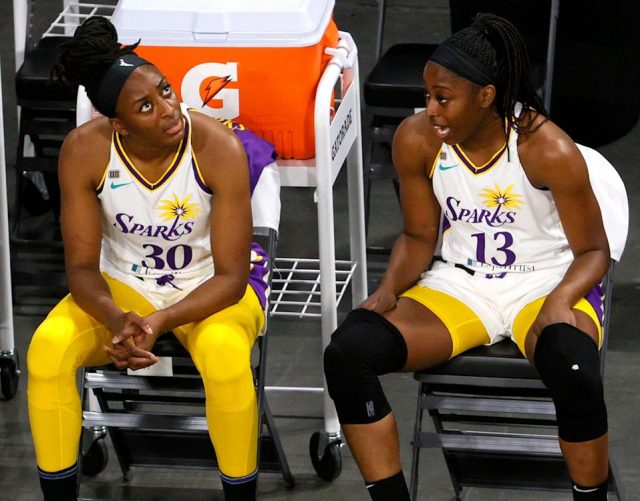 WNBA star Nneka Ogwumike will seemingly be making an appearance at the Tokyo Games after all, following her omission from Team USA’s roster. Ogwumike has been listed on the 15-woman provisional squad for Nigeria’s national team (D’Tigress), the Nigerian Basketball Federation announced on Tuesday.

Ogwumike is joined on the provisional squad by her sisters, Chiney of the Los Angeles Sparks and Erica, a WNBA 2020 draftee. The sibling trio could make history all playing on the same team during the Olympic Games, should they make the 12-person team (Nneka and Chiney await FIBA approval having played for Team USA in the past, per ESPN). Together they bring eight All-Star appearances, six gold medals (FIBA, World University Games, U18), five NCAA Final Four appearances, two WNBA Rookie of the Year awards and over 10 NCAA conference honors.

The Ogwumike sisters are on the threshold of history after the trio were listed in the 15 man provisional list submitted to the Nigeria Basketball Federation by Head Coach, Otis Hughley.

Tokyo Olympics could be held without fans