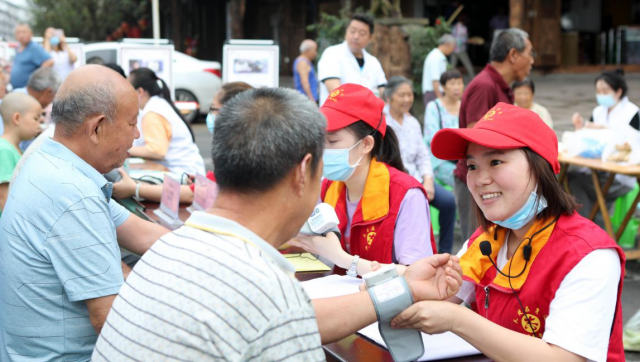 The efforts of the Chinese government to safeguard people’s economic, social and cultural rights won praise from participants in the 47th regular session of the United Nations Human Rights Council held in Geneva, Switzerland, from June 21 to July 13. Over 90 countries voiced support for China’s stance on human rights issues during the meeting.

More and more countries believe that the Communist Party of China (CPC), which celebrates its centenary this year, has embarked on a path for human rights development with Chinese characteristics through combining the universality of human rights with China’s specific conditions, and added diversity to the concept of human rights with its own practices.

History has witnessed the development and progress of China’s human rights cause. After the First Opium War broke out in 1840, China was gradually reduced to a semi-colonial, semi-feudal society and suffered greater ravages than ever before.

It is estimated that 80 percent of China’s population was constantly haunted by dire hunger or inadequate food supply, and that tens or even hundreds of thousands of people starved to death every year.

At such a crucial juncture, the CPC came into being and resolutely took on the noble mission of salvaging the country and saving the Chinese people. Since then, the CPC has pursued a road of human rights protection that belongs to the people, and fundamentally changed the destiny of the Chinese people.

Seeking happiness for the Chinese people and rejuvenation for the Chinese nation is the original aspiration and mission of Chinese Communists as well as the root of the CPC’s stance on human rights. Over the past century, the CPC has unswervingly fulfilled its original aspiration and mission and created a great miracle in respecting and protecting human rights.

In 2019, the average life expectancy of Chinese residents rose to 77.3 years, compared with 35 years in 1949. Last year, the per capita disposable income and per capita consumption expenditure of Chinese people were 328 times and 241 times that of 1956, respectively.

The country has seen remarkable achievements in poverty alleviation, not only rewriting its history of human rights development, but creating a new miracle in the protection of human rights in the world.