To ensure that civil servants in Enugu State own their own houses, the state government through the State Housing Development Corporation is building 1,500 housing units in the three senatorial districts.

The General Manager, Enugu State Housing Development Corporation, Mr Chukwuemelie Agu, disclosed this shortly after conducting journalists round one of the sites on Sunday.

Agu said that the housing project is executed in partnership with the Federal Mortgage Bank, AG Mortgage Home and some real estate developers, adding that this would be an opportunity for civil servants to own homes and reduce housing deficit gaps in the state.

He appealed to civil servants in the state to take advantage of the scheme to own a decent houses, adding that repayment period would be between 20 and 30 years.

He said, “We are building 750 housing units at the Coal City View Estate which is in combination of one bed room, two and three bedroom bungalows.

“We are doing this because we want to give civil servants an elongated repayment plan depending on the time left in their service. We want to give them 20 to 30 years.”

He said they were currently profiling staff of Parklane, judiciary, Enugu State University of Science and Technology among others to start issuing them with offer letters.

Agu also said that the corporation was starting another 500 units under the Family Homes Funds Initiative of the Federal Government at Nsukka.

He said, “It is a social housing scheme. The houses are going to be a lot cheaper. We are working on it.

“We are also in partnership with Family Home Funds developing 250 units at ESUT gate and we are targeting ESUT staff, law school staff and UNTH staff as off takers. It is still going to be an elongated repayment plan.

“We are also partnering with the UNTH. We are doing an exclusive estate for them through the Federal Mortgage Bank at Rangers Phase 1. We have started building the houses and we are using this opportunity to call on civil servants in Enugu to join this scheme.”

The State Housing MD explained that the housing projects was also part of the government plan to decongest the city centre.

“We have noticed that Enugu central is getting congested and because of that, we are now looking towards extending this development at the outskirts of the city.

“It is something we must achieve because all the plans are in top gear. We have a very robust plan. Within this year, we are targeting 1,500 housing units within the three senatorial zones of the state. We have started.”

Agu further disclosed that the Federal Government approved N1.8bn under the Family Homes Funds to construct the 500 housing units in Nsukka. 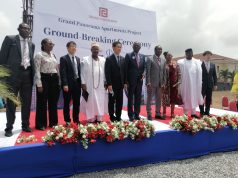 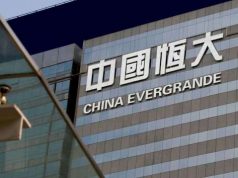