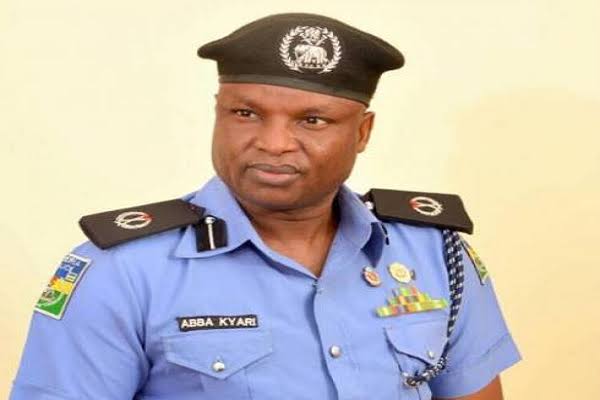 BY IKENNA EMEWU
It’s not the best of the moments for Deputy Commissioner of Police (DCP) Abba Kyari, an officer that has been at the fore of special and high scale investigations in the past years.
Through that, as the head of the Inspector General of Police special anti crime squad, Kyari warmed himself into the hearts of many Nigerians, though not bereft of accusations.
But two days ago, a bombshell dropped on Kyari that is enough to wipe out his smiles as Ramon Abbas (Hushpuppi), a Nigerian indicted in international high wire fraud said he paid Kyari bribes from his proceeds of fraud for which he was deported from Dubai to US for trial.
Kyari issued a statement on Thursday denying Abbas.
But the matter is just about to unravel as the Nigeria Police admitted having been served court processes to arrest and ferry across Kyari to US for trial.
The Economic and Financial Crimes Commission (EFCC)also said the US authorities has written it on the matter.
But there are issues under due legal process that would unfold to determine whether Kyari is sent to US or not.
The order to extradite him must be pronounced by a court like it did in the matter involving late Senator Buruji Kashamu, a matter that was fought in court until Kashamu died in 2020. In 2014, 2016 and 2019, three courts gave judgments blocking his extradition over drug offences.
First of all is determining if Nigeria and US have existing extradition treaty or agreement, and the answer is yes.
Nigeria inherited such such law made between Britain and the US in 1931. It was changed to the Extradition Decree in 1967 and later to the Extradition Act.
Again, the next question is if the allegation or offence Kyari is wanted to answer to is extraditable. Again, the answer is yes.
The Nigerian Extradition Act lists extraditable offences and that includes bribery and money laundering
The allegation against Kyari is obtaining bribe, and falls within this sphere.
Again, Nigeria is signatory to the UN Convention Against Money Laundering, 2013. There are also some other instruments that criminalize similar acts which Nigeria acceded to under the UN
The import is that the offence falls within the realm of international crime.

SOME WINDOW
There are just two little windows in the dark cloud over DCP Kyari. But those don’t mean exonerating him from prosecution or clearing his name over the matter.
Those windows would at best foreclose the chances of sending him out to US for prosecution
One of them is an existing rule of customary international law that doesn’t compel a country to extradite its own citizen for prosecution in another country. No rule binds a country in such obligation
Second is the rule of AUT JUDICARE, AUT DEDERE (prosecute or extradite for prosecution)as known in international practice
That implies that since the offence in question is international crime, every country or state party to the Convention criminalizes the offence and therefore has the powers to try the accused person.
That means Nigeria can try Kyari for the offence here, or where it hasn’t enough facts, can rely on or allow US exercise her jurisdiction in personam over Kyari, even though not physically present in US, secure a judgment and if not in favour of Kyari or if it convicts him, such judgment can be sent to Nigeria for enrollment in Nigerian courts and the punishment executed here.
This principle was applied recently in the Emmanuel Nwude Odinigwe case where he was convicted in absence in US, London, Hong Kong and probably in Switzerland simultaneously for offences of wire fraud in a banking deal between him and the Banco Noroeste, Sao Paulo, Brazil expressly through Nelson Sakaguchi, a senior director at the Cayman Island branch.
The judgments were enrolled in Nigeria and executed.
But this rule will strictly apply depending on the disposition of the US on the Nigerian system to efficiently prosecute Kyari.
Yet, if there is the option of trying him here on international crime grounds, Nigeria extraditing Kyari to be tried in the US, would mean admitting operating a flawed and below standard judicial and criminal justice administration system.
So, either way, whether tried here or in the US, Kyari has so long explanation to give to pull himself out of the noose around his neck.