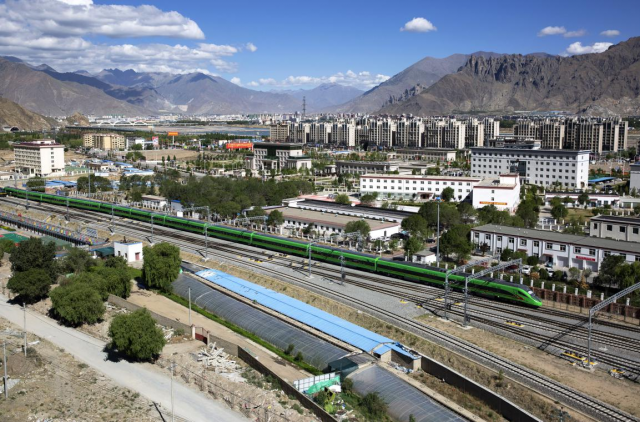 Lhasa-Nyingchi railway, the first electrified railway in southwest China’s Tibet autonomous region, has made travel easier for local people, stimulated local residents’ enthusiasm for starting businesses and finding jobs, and boosted development of industries, injecting fresh vitality into the development of areas along its route since it opened to traffic on June 25.

Linking Tibet’s Lhasa and Nyingchi cities, the railway has provided southeast Tibet with access to railway services for the first time in history and marked full coverage of all 31 provincial-level regions in China by the country’s Fuxing high-speed trains.

As of July 22, the railway that passes through lofty mountains and high ranges had handled 95,000 passenger trips cumulatively.

The majority of the passengers on the Fuxing bullet trains of the railroad are tourists, people visiting their families, and students. In addition, more and more local residents also choose the new way for travel.

“We have met many people who came specially to take the Fuxing high-speed trains that run in the plateau region,” said Yangzom, a staff member of Lhasa railway station.

As many people have been attracted to taking the Fuxing bullet trains that run on the Lhasa-Nyingchi railway, the number of people taking trips to Nyingchi for sightseeing is rising rapidly, according to Yangzom.

“I’m from Mainling county of Nyingchi city. More than ten years ago when I was in junior high school, if I wanted to travel from my hometown to Lhasa, I needed to get to Nyingchi city first, and then wait for vehicles to Lhasa that didn’t have a scheduled departure time,” said Yangzom.

“While the trip from my hometown to Lhasa used to take me three to seven days, it now takes about three hours,” Yangzom added.

Although it has been only a month since Lhasa-Nyingchi railway entered official operation, LosangTenzin, a resident in Nang county of Nyingchi city, has made many trips on the railway.

“It has made travel so convenient and easy,” said LosangTenzin, who can still remember his first trip to Lhasa when he was little.

“At that time, vehicles going from Nang county to Lhasa had to climb over towering mountains. During my trip to Lhasa, a sudden heavy snowfall trapped all the vehicles in the mountains. I shivered with cold in the back of a small truck,” he recalled.

After graduating from college, LosangTenzin opened a labor intermediary company in his hometown. Besides the main pain point of insufficient capacity for transportation of labor, the safety of labor during transportation is also an important concern for a labor service company. Since a large part of the road from Nang county to Nyingchi was in mountains, LosangTenzin felt so anxious every time his company took villagers from the county to Nyingchi that he called frequently to see if their trip went well.

Since the Lhasa-Nyingchi railway opened to traffic, the company only needs to arrange drivers to pick up villagers at train station, according to LosangTenzin, who added that train trips not only cost less, but are much safer compared to the company’s old way of transportation.

“The development of railway has brought new opportunities to us. It has facilitated the movement of people and made cities including Nyingchi see an increasing inflow of people. I’m going to open a restaurant in Nyingchi so as to make the best of the new opportunities,” LosangTenzin said.

Similar stories as that of LosangTenzin are told constantly in areas along the route of the Lhasa-Nyingchi railway. 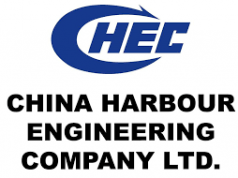