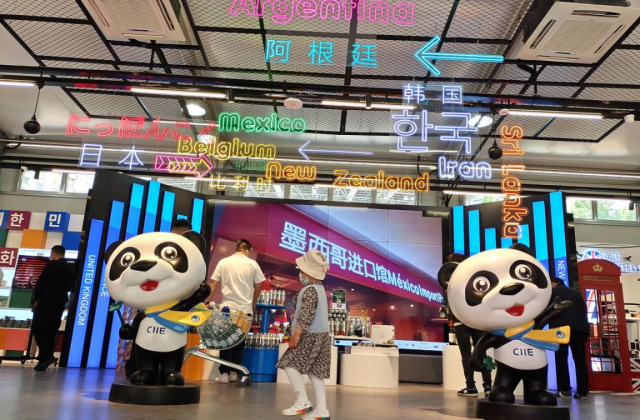 Over 50 countries have confirmed their participation in the country exhibition of the fourth China International Import Expo (CIIE), which is scheduled to be held from November 5 to 10 this year in Shanghai.

The six-day event will consist of a business exhibition, a country exhibition, the Hongqiao International Economic Forum, and a host of other activities. All preparations are well under way, and the planned 360,000 square meters of exhibition areas have been booked.

Country exhibition of the CIIE is going online this year. Countries disposed will be invited to showcase their national image and present their trade and investment advantages on the official website of the CIIE through VR and 3D modeling technologies.

The Hongqiao International Economic Forum will include a main forum and several sub-forums, focusing on global economic cooperation in the post-pandemic era. The sub-forums will be held both online and offline, and the discussion will cover topics such as building a new development paradigm, establishing an open world economy, and the new round of technological revolution.

The Lesaffre Group from France is an important player in the yeast and fermentation industry. It has been doing business in the Chinese market for 40 years, and it will be the fourth time straight for the French company to join the CIIE this year. At the third CIIE, the company signed an agreement with Chinese snack giant Bestore. It hopes the fourth CIIE can build a bridge of cooperation between itself and more Chinese enterprises.

Philippe Poulin, president of Lesaffre Greater China, said the CIIE not only is an exhibition platform, but also gathers enterprises in industrial chains with its professional mechanism and helps them carry out cooperation and build partnerships. It’s a perfect cooperation platform, he told People’s Daily.

American company Edwards Lifesciences attended the CIIE last year for the first time ., where it exhibited a transcatheter aortic valve system. It was the first product exhibited by the company in China, and attracted wide attention from the Chinese medical industry. In less than a year since it was sold on the Chinese market, it has been used in over 200 surgeries in more than 20 provinces, autonomous regions and municipalities. This year, the exhibition area of the company will be expanded from 200 to 300 square meters.

The broad and intensive influence of the CIIE is bringing frontier technologies to both the public and professionals, and accelerating the translation of innovations in China. A leadless pacemaker produced by medical technology provider Medtronic headquartered in Ireland was exhibited at the first CIIE, and nearly 2,000 such products have been implanted in China during the past three years. A staff member of the company’s public relations division said the company hopes to showcase more advanced innovative medical technologies at the fourth CIIE, to bring the charm of these technologies closer to the public and further put innovative treatment into practice in China.