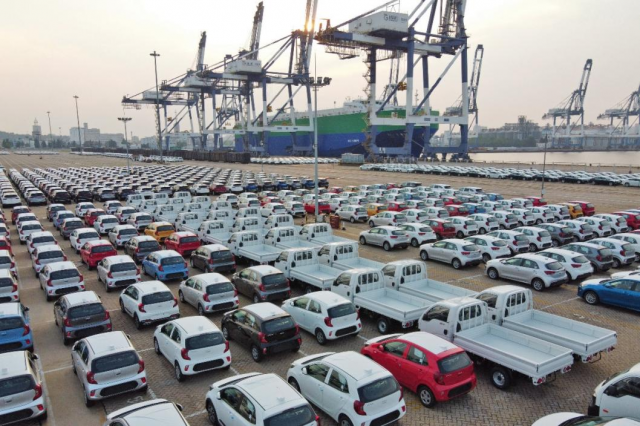 In the first seven months, general foreign trade was 13.21 trillion yuan, up 27.6 percent from a year ago. It accounted for 61.9 percent of China’s total foreign trade, up 1.5 percentage points compared with that a year ago.

Growth was observed in trade with major partners including ASEAN, the EU and the US. In the first seven months, ASEAN was the largest trading partner of China. The total imports and exports between China and ASEAN nations stood at 3.12 trillion yuan, up 24.6 percent. During the same period, China’s imports to the EU, its second largest trading partner, also grew 23.4 percent to 2.96 trillion yuan.

From the January-July period, trade with the Belt and Road countries increased by 25.5 percent to 6.3 trillion yuan.

The stable growth of the domestic economy and the enhanced vitality of market entities were the major reason for China’s growing foreign trade, said GAC spokesperson and director of the GAC’s statistics and analysis department Li Kuiwen, adding that they offered strong support for the stability and growth of foreign trade.

China’s stable economic recovery, the momentum for stable growth in major economic indexes such as industrial value-added, fixed asset investment, and total retail sales of consumer goods, as well as the picking-up production demand in the first half of this year, have all laid a solid foundation for foreign trade growth.

Besides, the constant recovery of the world economy has also driven external demand, Li explained. In the first six months of this year, multiple international organizations have lifted their expectation on global growth this year. For instance, the International Monetary Fund in April upgraded its global economic growth forecast to 6 percent, and the World Bank also lifted its forecast to 5.6 percent two months later. The revival of global economy vitalized global trade and the exports of Chinese products.