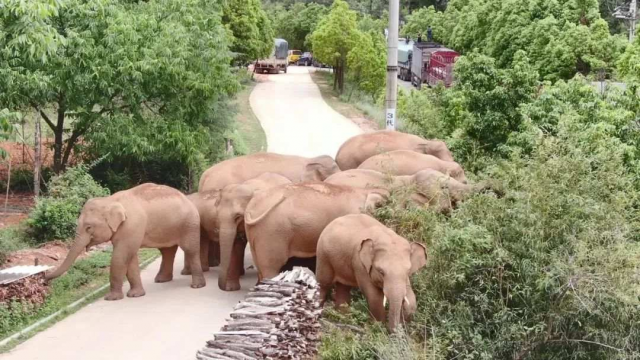 This is spectacular news from China. There are about 14 Asian elephants that have been in migration for 110 days within the South West Yunnan Province of China within which they covered a huge distance of 1,300km.Those giant mammals doing their thing are oblivious of the importance China attaches to them.

Now, because of advancement, wealth and awareness, China is not just minding her own business, but those elephants have actually become the business itself.Just for the 14 giants of the wild, China has deployed 973 drones, 25,000 police officers, yes, you read that right, that is the extent of the importance of the migration business. Not stopping at that, 15,000 vehicles are part of the team amassed for the safety of these giants of the wild and so far, these bevy of consorts are helping warn people to clear from their tracks, and that involved relocating people and paying for damages caused by these animals. So far, US$790,548 has been incurred as insurance claims. That is some CNY5.13 million.

The team also makes sure that the herd is provided with food as they wander along. On the evening of August 8, the 14 wild elephants which had been migrating northward in southwest China’s Yunnan province crossed the Yuanjiang River safely and continued to head south, according to a press conference held recently in Kunming city, capital city of Yunnan.

The elephant herd is now in a wood near Honghe subdistrict, Yuanjiang county, Yuxi city of Yunnan, which is 26 kilometers away from Mojiang county, Pu’er city of the province. This means that all the original 15 Asian elephants heading north, including one male separated from the herd that was returned to their original habitat in a nature reserve in Yunnan’s Xishuangbannan Dai autonomous prefecture on July 7, have been on their way home.

According to Wan Yong, who heads the headquarters in charge of monitoring the migrating elephants, these elephants left their original habitat in March 2020. In July 2020, the herd entered Pu’er city.

Then on April 16, 2021, they wandered into Yuanjiang county, Yuxi city of Yunnan.Since then, the herd has trekked more than 1,300 kilometers and over 110 days through eight county-level regions under Yuxi city, Hani and Yi autonomous prefecture and Kunming city of Yunnan.In response to the migrating elephants, Yunnan has evacuated residents and promoted claims settlement regarding relevant damages while monitoring the elephants, making efforts to ensure the safety of both residents along the route as well as the animals.

As of August 8, Yunnan province had dispatched over 25,000 police officers and relevant staff members, deployed 973 drones and over 15,000 vehicles to monitor and guide the migrating elephants. Meanwhile, the province had evacuated more than 150,000 residents to avoid conflicts between them and the migrating elephant herd and provided nearly 180 tons of food for the herd, pointed out Wan, who is also head of the forestry and grassland bureau of Yunnan.

Wildlife public liability insurance companies had received 1,501 cases of declaration of losses caused by the migrating elephants, and assessed the losses at about 5.13 million yuan (about $790,548). They have completed 939 claims and redeemed insurance premiums of over 2.16 million yuan, advancing insurance work in an orderly manner.In just a few days, staff members of the headquarters in charge of monitoring the migrating elephants walked along the 76-kilometer-riverway of the Yuanjiang River and finally found the best route for the elephant herd to cross the river based on its location and the potential risks and dangers in river-crossing.

They decided to guide the elephant herd to an old bridge near the Yuanjiang entrance toll station of Kunming-Mohan Expressway, helping them overcome the biggest obstacle on their way back south, according to Yang Yingyong, who has been in charge of safety precautions and emergency response for the migrating elephants in Yuxi city. 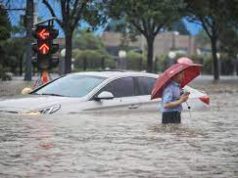 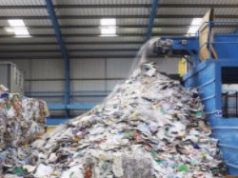 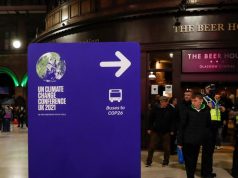