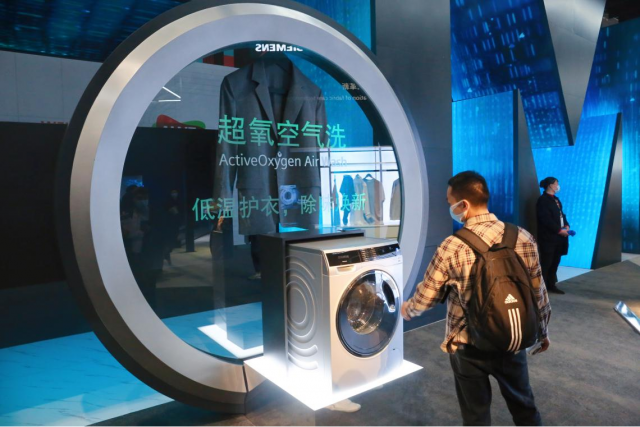 Consumer market in China saw continuous recovery in the first half of this year as the country’s economy registered a stable performance and sound momentum for growth. In particular, some commodities that satisfy people’s needs for consumption upgrading witnessed fast growth in sales.

As consumption upgrading gains momentum, market segmentation is attracting more attention, said Zhao Ping, vice president of the Academy of China Council for the Promotion of International Trade, noting that consumption of individualized and diversified goods and services will become an important trend in consumption growth.

According to relevant research reports, the total value of many market segments, including young adults living in China’s small cities, female consumers, and elderly consumers, has reached one trillion yuan (about $154 billion), demonstrating strong consumption potential.

Compared with people in China’s first- and second-tier cities, residents in the country’s small cities are more willing to spend and more capable of spending due to many factors, including the fact that their necessary living expenses take up a relatively smaller part of their disposable income, indicated a report on consumption power of young adults in China’s small cities released by Chinese weekly news magazine Outlook Weekly last year.

Yang Yang, a 35-year-old resident in Yangpu district, east China’s Shanghai, lives in a rental apartment, orders one serving of takeout food online, watches videos after work, and takes online courses at weekends. Yang has lived in Shanghai in this way for 12 years.

Single consumers like Yang have considerable potential for consumption, according to a report released by a research institute, which suggested that 42 percent of single consumers are willing to spend money on themselves, higher than the proportion of 27 percent among non-single ones.

E-commerce platforms have launched marketing campaigns targeting different consumer groups to stimulate consumption during holidays and festivals. Thanks to such campaigns, the sales of makeup kits on an e-commerce platform rose 13 times year on year around this year’s International Women’s Day, and products like children’s balance bike, safety seat, and camping tent recorded obvious growth in sales around the International Children’s Day.

Senior consumers represent an important part of China’s consumer market. It’s predicted that the number of senior citizens in China will exceed 300 million during the next several years. The group also has huge potential for consumption.

As their ideas about life change and their living standards improve, consumption structure of senior citizens in the country shows trends toward such traits as high quality, diversification, individualization, and convenience.

Consumption upgrading in China is driving further segmentation of market. Since working as migrant workers and the popularity of the Internet have offered young adults in small cities broader access to all kinds of latest information, their demand for quality products and services has increased significantly, said an executive of an e-commerce platform.

Home appliance industry is undergoing a transformation, during which smart and health-enhancing products are the new hits in the home appliance market among consumers in counties and townships, according to the executive.

Consumption upgrading is indicated by the phenomenon that all consumer groups show increasing demand for products of higher quality, according to Ren Xingzhou, a researcher with the market economy research institute of the Development Research Center of the State Council.

Market segmentation is becoming more and more important during consumption upgrading, Ren pointed out, noting that businesses and industries that better grasp the needs, behavior, and other characteristics of their customers will achieve better development.

Data from China’s National Bureau of Statistics (NBS) show that the online retail sales of the country’s physical commodities grew by 18.7 percent year on year during the first six months this year, with the growth rate 4.4 percentage points higher than that of the same period last year.

The country’s courier sector, which is closely related to online shopping, enjoyed rapid development during the same period. According to data from the NBS, as of the beginning of July, the volume of parcels handled by China’s courier sector surpassed 50 billion, which was close to the annual business volume of the year 2018.

By understanding the consumption needs of different consumer groups and then adjusting products and services to match demand with supply, enterprises can embrace more opportunities for development, according to experts.