The China State Council Information Office has tasked scientists, the World Health Organisation (WHO) and countries to sustain the task of finding the source, origin and pattern of infection of the Covid-w9.

The state office dropped the challenge at a press meeting in Beijing recently to assess the burning issue of origin tracing of the pandemic which China said US has been doing so much to politicize.

Mr. Zeng Yixin, the Vice Minister of the National Health Commission and one of the experts that briefed the media and also took their questions stated that: “We also call for strengthening exchanges, cooperation and information sharing” on the subject matter.

The briefing was attended by a bevy of experts from China who fielded questions and included Liang Wannian, team leader of the Chinese side of the joint expert team of WHO-convened Global Study of Origins of SARS-CoV-2 and Yuan Zhiming, director of the Wuhan National Biosafety Laboratory, and researcher at the Wuhan Institute of Virology, Chinese Academy of Sciences

Since the COVID-19 outbreak, all responsible countries and scientists have been eager to find out where the coronavirus came from. Solving the question will greatly help prevent similar pandemics.

On March 30, the World Health Organization (WHO) released the joint study report “WHO-convened Global Study of Origins of SARS-CoV-2: China Part,” marking a good start for the global study of the origins of SARS-CoV-2. Governments, scientists, media outlets around the world have paid great attention to the report.

Over the past few months since the report was released, more and more scientific evidence has proved it is a valuable and authoritative report that stands the test of science and time. The conclusions of the report are scientific, as they were made on the basis of scientific principles.

Before the joint study, China had organized a multidisciplinary team to do a lot of work on origin tracing, despite arduous epidemic prevention and control tasks. It was on the basis of this work that our experts and the WHO experts to China discussed and jointly formulated the Terms of Reference (TOR) last July. Since then, China has carried out origin-tracing studies in strict accordance with the TOR.

At the beginning of this year, the WHO international expert team arrived in China and started the China part of the global study of the virus origins. China upheld the principles of openness, transparency, science, and cooperation, and gave full support to the expert team. Together with local governments, we have done our best to coordinate relevant organizations to meet the requirements of the experts. The experts visited a total of nine places they wanted to visit, including Jinyintan Hospital, the Huanan Seafood Wholesale Market, and the WIV. They talked with everybody they wanted to talk with, including medical workers, laboratory staff members, researchers, market managers, merchants, residents, and recovered patients. The joint origin-tracing study involved a heavy workload, but the experts carried out careful and in-depth analysis into every question and every piece of data. They often worked around the clock, forgetful of their sleep and meals. We deeply admire their professionalism and spirit of science. On behalf of the Chinese government, I would like to express our heartfelt gratitude to the international experts.

Second, I would like to talk about the conclusions of the study.

The report is an account of the China part of the global study of the virus origins. The expert team reached the following conclusions. The coronaviruses found in bats and pangolins are most highly related to SARS-CoV-2 and share the highest homology with SARS-CoV-2 by sequencing. However, neither of the viruses identified so far from these mammalian species is sufficiently similar to SARS-CoV-2 to serve as its direct progenitor. Although the homology is high, there is still much difference. Based on research results in various fields, such as clinical epidemiology, zoology, and environmental testing, the joint study team assessed the likelihood of different possible pathways for the introduction of the virus. First, direct zoonotic spillover is considered to be a possible-to-likely pathway.

At last, introduction through a laboratory incident is considered to be an extremely unlikely pathway.

Third, let’s talk about the next step for tracing the origin of the virus.

On the one hand, we have been actively supporting relevant departments and scientists to continue the tasks that need to be supplemented and improved, which are clarified in the China part of the joint report of WHO-convened global study of origins, and will give timely feedback to the WHO. In other words, we will complete the remaining tasks as soon as possible.

On the other hand, the China part of the joint report has pointed out the direction for the next step of joint study of origins in various countries and localities under the global framework, and we should continue to move forward along this direction. I want to emphasize that the China part of WHO-convened joint study on the origins of the COVID-19 is an excellent example of international cooperation.

We worked with the WHO and jointly explored a set of effective working mechanisms and working methods for global origin tracing of emerging infectious diseases. WHO experts have established a sound cooperation mechanism with Chinese experts.

The cooperation between the two parties has been very close, which is of great significance to promoting the global tracing of the origins of the COVID-19. The expert group has always upheld a scientific and rigorous professional attitude, repeatedly discussing and researching every specific issue. This is a very good model and mechanism. Therefore, we sincerely hope that the international team of experts who participated in this study on origins can continue to play a role in the next phase of relevant work and make full use of their valuable experience in the follow-up global tracing study, making contributions to get to the bottom of the origin of the COVID-19.

Origin tracing is a complex scientific matter that involves many disciplines and experts in many different fields. It is also a global problem. The origin tracing of diseases such as AIDS, Ebola, Middle East Respiratory Syndrome, SARS in 2003, and avian flu in 2009 all proved to be very difficult, and some of their origins still remain undiscovered. Therefore, for the next phase, the origin tracing work should be conducted under the overall planning and coordination of the WHO and based on the first phase of study. Outstanding experts from multiple countries should be organized to carry out further studies. It is necessary to ensure that scientists must be the main actors in the research. We also call for strengthening exchanges, cooperation and information sharing. We should scientifically carry out the work of tracing the origin. 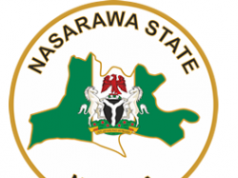 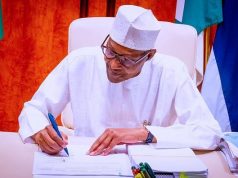