The cholera epidemic has killed 1,178 people in 23 states and Abuja, the capital of Nigeria, since it broke out in January, the Nigeria Center for Disease Control(NCDC) said Tuesday.

In an update of the cholera outbreak in Nigeria, the health agency said 37,819 suspected cases of cholera were reported from 23 states and the Federal Capital Territory (FCT) as of Saturday.

There had been a decrease in the number of new cases in the last two weeks, the statement said, noting that the national multi-sectoral emergency system continues to coordinate the national response.

Cholera is a highly virulent disease characterized in its most severe form by a sudden onset of acute watery diarrhea that can lead to death by severe dehydration.

The outbreak is frequently reported in Nigeria due to the lack of potable water supply, especially in densely populated areas. 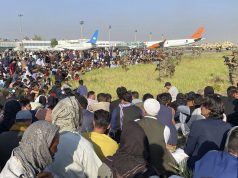