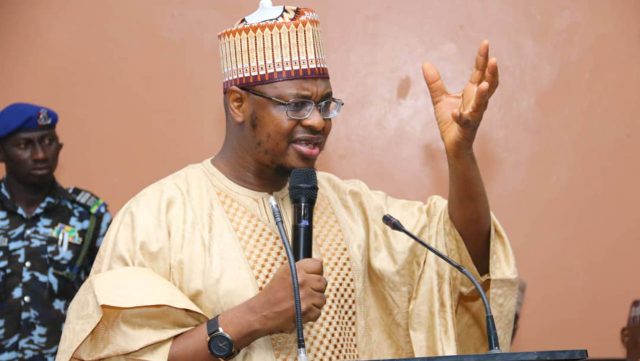 Minister of Communications and Digital Economy, Dr. Isa Ali Pantami, yesterday, hinted that a robust digital identity programme is critical to secure sustainable digital economy. He disclosed this at the commissioning of the 12th batch of Digital Economy Projects across the country.

During the virtual commissioning, Pantami said the event holds a greater level of significance as it marks two years since he became a minister.

According to him, “the projects commissioned are in line with our general approach for locating projects. These projects are situated in all the six geopolitical zones of the country and the Federal Capital Territory, Abuja.

“The eight projects represent less than 0.5 per cent of the 1,667 projects and programmes that we have established across the country in less than two years.

“In addition to those already established, we have over 455 other projects and programmes that are ongoing. All these are in full alignment with the National Digital Economy Policy and Strategy for a Digital Nigeria.”

He said: “As a ministry, we have consistently reflected our strong belief in the importance of creating a critical mass of highly skilled citizens as a prerequisite for developing a sustainable digital economy. In the last two years, we have offered direct world-class training to well over 219,198 citizens in digital skills and emerging technologies. This number does not include the many citizens that have benefited from trainings through our centres.”

“We have offered these mass trainings as part of our efforts to promote a paradigm shift from the general societal focus on degrees to a strong focus on skills. We have not adopted an ad-hoc approach towards the development of Nigeria’s digital economy. Rather, we have followed a systematic and well-thought-out approach and this required the development and implementation of national policies. We have developed 16 national policies: 15 of them focus on specific pillars in the general National Digital Economy Policy for a Digital Nigeria.”

“The increase of about 20 million enrolments in less than a year is unprecedented. We have also launched the Android enrolment software and have received Federal Executive Council (FEC) approval for the upgrade of critical ICT infrastructure of the National Identity Management System.”

Pantami explained that the ministry’s activities in the Communications and Digital Economy sector have greatly enhanced the economy of Nigeria. He said the sector played a pivotal role in lifting the economy out of recession, with the ICT sector recording the highest growth rate in the fourth quarter of 2020 (14.70 per cent), as reported by the National Bureau of Statistics (NBS) and stated by Mr. President.

He said: “Additionally, the ministry and its parastatals have generated over N1trillion for the Federal Government in less than 2 years. This translates to an average of about N44 billion every month or over N1.4 billion every day.

“About N360 billion of this revenue was largely from Spectrum, allocated by the National Frequency Management Council (NFMC). Another, over N600 billion was paid by ICT companies to the account of the Federal Government through the Federal Inland Revenue Service (FIRS).”

He said further that over N94 billion was generated for the Federal Government and approved by the National Assembly, in line with relevant laws, as part of the 2020 appropriation for personnel, capital projects, capacity building, interventions, etc. he said the IT Projects Clearance Programme also saved over 5.4 billion (N5,478,007,325.23) for the Federal Government.

Pantami encouraged host communities and beneficiaries of all the ministry’s projects and programmes to ensure they take full advantage of the facilities and skills for the benefit of their communities and the nation.

Reacting, Principal of Ogba Junior Grammar School, Mrs. Oluremi Alonge, said: “This is a good initiative and will bring exposure to the students and also to the community. Even the teachers are part of beneficiaries of this project. ICT is not new to students in the students age bracket in other part of the world. But it is new to some in this clime because many of the parents can’t afford the equipment. But this is an opportunity for them to learn and compete favourably and we can teach online with these facilities.