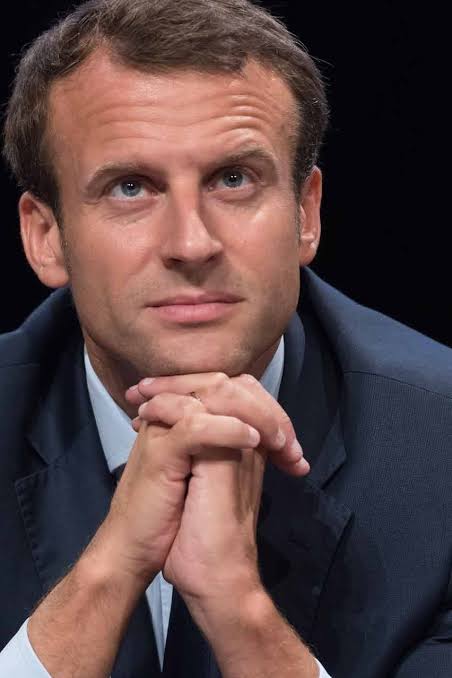 When Sékou Touré of Guinea decided in 1958 to get out of french colonial empire, and opted for the country independence, the french destroyed everything in Guinea 🇬🇳 which represented what they called the benefits from french colonization.

Three thousand French left the country, taking all their property and destroying anything which could not be moved: schools, nurseries, public administration buildings were crumbled; cars, books, medicine, research institute instruments, tractors were crushed and sabotaged; horses, cows in the farms were killed, and food in warehouses were burned or poisoned.

The purpose of this outrageous act was to send a clear message to all other colonies that the consequences for rejecting France would be very high.

Slowly fear spread through the African elite, and none after the Guinea events ever found the courage to follow the example of Sékou Touré, whose slogan was “We prefer freedom in poverty to opulence in slavery.”

Sylvanus Olympio, the first president of the Republic of Togo, a tiny country in west Africa, found a middle ground solution with the French.He didn’t want his country to continue to be a French dominion, therefore he refused to sign the colonisation continuation pact De Gaule proposed, but agreed to pay an annual debt to France for the so called benefits Togo got from French colonization. It was the only conditions for the French not to destroy the country before leaving. However, the amount estimated by France was so big that the reimbursement of the so called “colonial debt” was close to 40% of the country budget in 1963.

The financial situation of the newly independent Togo was very unstable, so in order to get out the situation, Olympio decided to get out the French colonial money FCFA (the franc for french african colonies), and issue the county own currency.

On January 13, 1963, three days after he started printing his country own currency, a squad of illiterate soldiers backed by France killed the first elected president of newly independent nation. Olympio was killed by an ex French Foreign Legionnaire army sergeant called Etienne Gnassingbe who supposedly received a bounty of $612 from the local French embassy for the hit man job.

On June 30, 1962, Modiba Keita , the first president of the Republic of Mali, decided to withdraw from the French colonial currency FCFA which was imposed on 12 newly independent African countries. For the Malian president, who was leaning more to a socialist economy, it was clear that colonisation continuation pact with France was a trap, a burden for the country development.

On November 19, 1968, like, Olympio, Keita will be the victim of a coup carried out by another ex French Foreign legionnaire, the Lieutenant Moussa Traoré.

In fact during that turbulent period of Africans fighting to liberate themselves from European colonization, France would repeatedly use many ex foreign legionnaires to carry out coups against elected presidents:

As these numbers demonstrate, France is quite desperate but active to keep a strong hold on his colonies at what ever the cost, no matter what.

“Without Africa, France will slide down into the rank of a third world power”

14 African countries are obliged by France, through a colonial pact, to put 85% of their foreign reserve into France central bank under French minister of Finance control. Until now, 2014, Togo and about 13 other african countries still have to pay colonial debt to France. African leaders who refuse are killed or victim of coup. Those who obey are supported and rewarded by France with lavish lifestyle while their people endure extreme poverty, and desperation.

It’s such an evil system even denounced by the European Union, but France is not ready to move from that colonial system which puts about 500 billions dollars from Africa to its treasury year in year out.

We often accuse African leaders of corruption and serving western nations interests instead, but there is a clear explanation for that behavior. They behave so because they are afraid the be killed or victim of a coup. They want a powerful nation to back them in case of aggression or trouble. But, contrary to a friendly nation protection, the western protection is often offered in exchange of these leaders renouncing to serve their own people or nations’ interests.

It’s now estimated that France is holding close to 500 billions African countries money in its treasury, and would do anything to fight anyone who want to shed a light on this dark side of the old empire.

The African countries don’t have access to that money.

France allows them to access only 15% of the money in any given year. If they need more than that, they have to borrow the extra money from their own 65% from the French Treasury at commercial rates.

To make things more tragic, France impose a cap on the amount of money the countries could borrow from the reserve. The cap is fixed at 20% of their public revenue in the preceding year. If the countries need to borrow more than 20% of their own money, France has a veto.

It’s up to us as African to free ourselves, without asking for permission, because I still can’t Understand for example how 450 french soldiers in Côte d’Ivoire could control a population of 20 millions people?