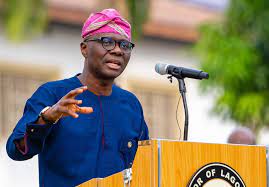 The Lagos State government has said that it is in the process of securing N185bn bonds following positive rating approvals from agencies due to increased bondholder’s confidence.

This was disclosed by the state’s Debt Management Office which noted that the automation of the office had further assisted the agency’s financial transaction processes, placing the state in good light among other states in the country.

A statement by the Lagos State Head of Service, Mr Hakeem Muri-Okunola, said that public administrators must keep abreast of international best practices while taking full advantage of the latest technologies in the performance of their duties and responsibilities.

He commended the leadership of the Lagos State DMO for its professionalism and clear commitment to the discharge of the very sensitive mandate in the challenging process of governance and financial management in Lagos State.