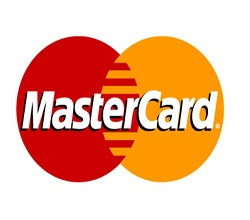 The Agrolog General Services Limited (AGSL), in partnership with Mastercard Foundation, has announced plans to empower 60,000 smallholder farmers to boost the production of ginger in the country.

Nigeria’s contribution to total global output of ginger is low when compared to other countries despite being ranked first in terms of percentage of total hectares under cultivation because of the country’s reliance on smallholder farmers’ old traditional production techniques.

The Managing Director of Agrolog Limited, Dr. Manzo Maigari, explained that in addition to improving yields of ginger from 18 metric tons per hectare (MT/ha) to 25MT/ha, the intervention would also create 60,000 on and off the farm jobs that will benefit the farmers and their communities by providing economic recovery, growth, and social stability.

According to Maigari, only smallholder farmers that belong to existing organized cooperatives within these local government areas would participate in the initiative.

He added that farmers who are selected will receive support ranging from training to farming implements that they could immediately use on their farms to cultivate ginger and food crops.

“The ginger value chain, if well harnessed can transform livelihoods. Ginger products such as ginger spices, powder, oil, medicine, tea, and tonic confectioneries hold massive opportunities for smallholder farmers, young people, and women across the entire value chain. From planting, harvesting, cleaning, cutting, processing, bagging, storage, and sales, this initiative offers a ray of hope to thousands of families in their local communities who have been further paralysed by the pandemic. Now, they will be able to rely on a steady and sustainable income stream through ginger farming and processing,” he said.

He said the partnership would unlock a multitude of benefits to farmers and the farming community, including mechanisation, training and capacity building, farm mapping, standardisation of measures, increased yields, improved processing, access to organized markets, and financial inclusion.

On her part, the Country Head, Mastercard Foundation, Ms. Chidinma Lawanson, said its partnership with AGSL is poised to drive immense production of ginger and create work opportunities for youth across the ginger value chain.

She stressed that the collaboration will also alleviate the impending threat to food security and livelihoods, which has worsened with the ongoing pandemic.

“The intervention is being supported through the Mastercard Foundation COVID-19 Recovery and Resilience Program, which is targeted at offering timely support to mitigate the impending economic crises among the vulnerable indigenous communities. The intervention is also aimed at averting further disruptions to the ginger supply chain because of the COVID-19pandemic,” Lawanson said

A participant in the initiative, Ms. Kakuta Irimiah, lauded the partnership between the Mastercard Foundation and AGSL, saying that the fertilizers and farm inputs they provided have helped to expand her business.

“The Agrolog fertilizer I received helped me to produce more bags of ginger. I used to produce 30 bags per hectare and now I produce between 50 to 100 bags. I have also received training on how to apply the fertilizers and how to construct drainages to prevent my farm from being washed away by erosion. Before this time, the colour of my produce was yellowish but now, it is greenish which a sign of healthy and quality produce is,” she said.