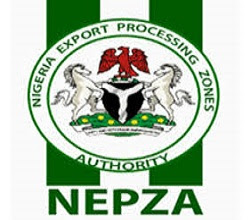 The Managing Director of the Nigerian Export Processing Zone Authority, Adesoji Adesugba has said that his agency plans to partner with the Nigeria Investment Promotion Commission to establish three new special economic zones in 2022.

The MD who spoke at a meeting with the Executive Secretary of NIPC, Yewande Sadiku held in Abuja said that the projects could significantly boost investments in the country.

He said the three Economic Zones will be located in Ilorin, Lagos and Katsina.

He said, “In about 30 years, Nigeria developed two public Special Economic Zones. One will tend to understand that if we want to develop economically we have to do much more than that.

“Considering the fact that within the same period, China grew its SEZs from less than 500 to over 6,500.

“We’ve been stagnant but we only have two but I can assure that with the support of the President, and his ideals of using the Zones as a strategy for economic development, it will be done.

“I have been mandated by the President to start off six and deliver about three. I can assure you that by this time next year, we will be delivering 3 SEZs, one in Katsina another in Ilorin and one in Lagos.

“This is where we will need to work very well with the NIPC to promote investors into these zones.”

He said that both organizations have the political will to get things done and would ensure that the projects are fully functional at the projected time.

Adesugba also expressed the desire of the Federal Government to ensure that every state had a special economic zone which will drive employment and boost growth in the Small and Medium Scale Enterprise sub-sector.

On her part, the NIPC boss on both the private and public sectors to work together to promote investments in the country.

While commending the efforts of the MD of NEPZA in developing SEZs to drive economic growth, Sadiku assured NEPZA of her Commission’s continuous support.

Editor In Chief IKENNA EMEWU For adverts, please call +234-812-099-7006 This site is owned and operated by the AFRI-CHINA MEDIA CENTRE LIMITED
Contact us: [email protected]apresscentre.org