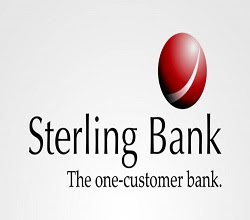 Sterling Bank Plc disclosed that it will be collaborating with the AFEX Commodities Exchange, Leadway Assurance, SaroAfrica Limited, and GIZ AFC to host the fourth edition of the Agriculture Summit Africa.

The Managing Director and Chief Executive Officer of Sterling Bank, Mr Abubakar Suleiman, said in a statement that the bank would partner key financial institutions to identify and deliver actionable steps towards maximising the potential of the African Continental Free Trade Area agreement to the continent’s agribusiness industries.

He said the two-day event would focus on facilitating regional trade, under the AfCFTA’s Export Product Standardisation policy, to increase foreign exchange earnings through agribusiness financing, and develop a flexible supply chain system to guard against uncertainty.

According to him, ASA 2021 will also examine the process of building a resilient food production system as well as the impact of climate change on production output.

Suleiman said discussions would focus on how to increase the involvement of key stakeholders across public and private sectors in developing policies that would aid the growth of the agribusiness value chain and provide funding under the AfCFTA.

He noted that discussions around framing friendly policies that would enhance seamless regional trade and develop local economy through improved production would also take place.

He asserted that the summit would also explore export product standardisation so that exporters could avoid rejection of made in Africa goods as a panacea to unprecedented foreign exchange earnings, while deploying digital solutions for improved productivity among smallholder farmers.

The statement said discussions would also hold on understanding the changing regional climate cycles and their impact on productivity.

The Group Head, Agric and Solid Minerals Finance, Mrs Bukola Awosanya, said, “In the last four years, Sterling Bank has consistently organised the ASA in a bid to provide a platform for stakeholders to deliberate and discuss strategies to increase output and value of the agribusiness sector on the African continent.”

She said the outcomes of previous editions led to the establishment of SABEX, the first fully digitised, end-to-end blockchain commodities trading and financing platform, by Sterling Bank in collaboration with AFEX Commodities Exchange. 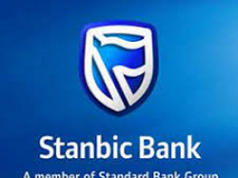