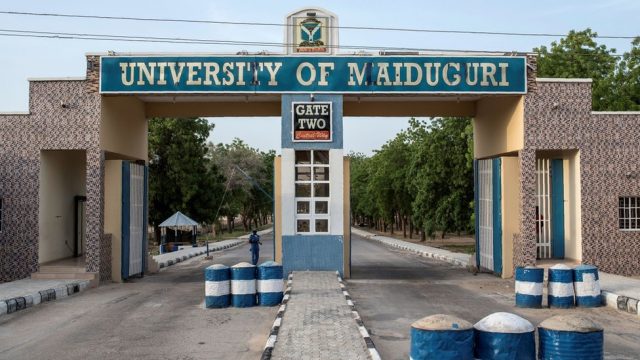 The authorities of the University of Maiduguri (UNIMAID) are allegedly selling job opportunities at the institution to prospective buyers at mind-boggling sums, PRNigeria has gathered.
Government contractors, it was also gathered, are the ones influencing the appointments apart from nominations from top public functionaries at federal and the state levels.
The job slots, according to sources are being sold for as much as 1.5 million Naira.
The sources, who prefer anonymity, told PRNigeria that staff in the office of the Vice-Chancellor, Professor Aliyu Shugaba and the Registrar, Tijjani Bukar are deeply involved in the sale of the employment letters.
One of the sources explained that the appointment letters issued to some of the ‘beneficiaries’ mostly for non-academic jobs this month were backdated to 2018.
He said: “Some of the new recruits received their appointment letters on Friday, and by Sunday, they were enrolled into the IPPIS, while several other staff who have received their employment letter since 2020 at the university, are yet to be enrolled.
“Most shocking part is that most of the job recipients did not apply for the jobs nor sit for job interviews.”
Attempts to speak to the UNIMAID Vice-Chancellor. Professor Shugaba were abortive as call and text messages sent to his phone were not responded to
By PRNigeria