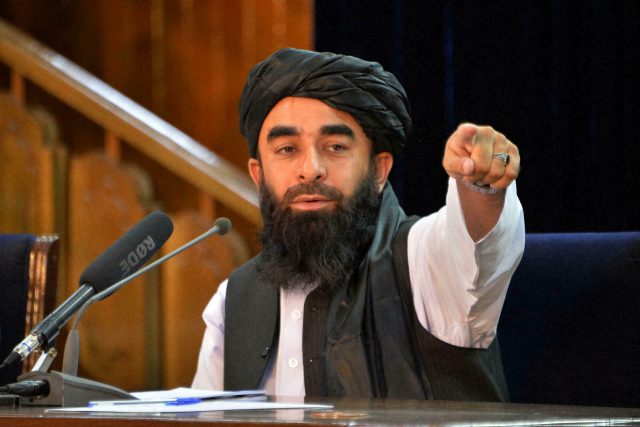 In a rare interview, the Taliban regime in Afghanistan that took over powder a month ago has admitted the country faces humanitarian crises and wants world’s assistance.

The spokesman of the Taliban administration, Suhail Shaheen granted the Chinese radical and hawkish newspaper, Global Times interview Tuesday, one of the very rare of such and admitted that the country is facing hard times with over 70% of the population battling to survive as they live under the poverty line.

Asked how the Taliban would cope as the UN had already warned that Afghanistan is running out of food supply, Shaheen said: “We are calling on the UN and other friendly countries, including the neighboring countries to come forward and help the people of Afghanistan at this crucial time. Because we, the Afghan people, have been hit by the drought of the past couple of years.

We are facing also a humanitarian crisis in the country because of a lack of food. So there is a need for other countries to come forward and assist the people of Afghanistan. We do not want this assistance for ourselves, but we want it for our people. We are also hoping that the international community can help the people of Afghanistan financially and also in terms of providing food for the people.”

He also told Global Times that it would be quite unfair for the US and other and other governments to impose sanctions on the country since he admitted this is a critical time when they are rebuilding the country.

On how the Taliban managing the country would handle terrorist incursions, Shaheen replied that they have warned terror groups such as the ISIS and Al-Qaeda not to provoke any violence in the country and would fight any of such groups that interferes with the peace of the people of Afghanistan.

The spokesman said in response to question on how it could react to terror groups such as ISIS and Al-Qaeda that: “We have already sent out a clear message, that we shall not allow anyone to use Afghan soil against any country. This message is well known, having been communicated countless times in the media, so now our security forces are monitoring all activities in Afghanistan. No such forces will be allowed to find safe haven in Afghanistan.

The Afghan Taliban regime also said it would willingly welcome China and Russia to work with and also accept their assistance to help rebuild the country.

“I think, first of all, it is very important in this critical situation that China comes forward and helps the people of Afghanistan and in the humanitarian sector, by providing humanitarian assistance to our people. China can also take part in the construction of Afghanistan and provide assistance in other essential sectors. After this, both countries can then enter into mutually beneficial bilateral agreements which best serve the interests of both countries through mutual respect.”

On diplomatic engagement between the two parts, he assured that with time, there would be high level diplomatic exchanges between them and China on one hand and with Russia on the other.

The Taliban government made a commitment that “we would wish to invite a high-level delegation from China and Russia. We also hope that in the near future, a high-level delegation will visit both Russia and China from Afghanistan, because it is necessary to start new work in cultivating affiliations with regional, neighboring countries.”