The Chinese Ministry of Foreign Affairs strongly denounced UK Parliament’s banning of China’s ambassador from attending events, and has vowed that China will take “necessary responses.” Analysts predicted responses may include temporarily terminating or suspending certain exchanges between the two countries, such as China-UK Economic and Financial Dialogue; and necessary reciprocity treatment to UK diplomatic bodies in China.

“UK Parliament’s banning of China’s ambassador from attending events disregarded the basic interests of the two peoples and violated international etiquette. We are firmly opposed to it and will take necessary corresponding measures,” said You Wenze, a spokesperson of the Foreign Affairs Committee of the National People’s Congress, on Wednesday.

You pointed out that some members of the British Parliament maliciously spread lies and false information related to Xinjiang.

The British side unilaterally sanctions Chinese personnel and institutions under the pretext of Xinjiang-related issues. The countermeasures implemented by China are entirely reasonable and lawful to safeguard its sovereignty and dignity, You said.

You emphasized that China is determined to safeguarding its national sovereignty, security and development interests. “We urge the British Parliament to immediately correct its wrongdoings and do things that are conducive to the healthy development of China-UK bilateral relations.”

Speakers of the House of Commons and the House of Lords made the decision to ban Zheng Zeguang, China’s ambassador to the UK, from attending a summer reception of the All Party Parliamentary China Group, which were scheduled on Wednesday night.

The reason given was that the Chinese side had earlier announced sanctions on seven UK parliamentarians.

The Chinese Embassy in the UK claimed the decision reflects “the narrow and parochial mindset of some individuals in the UK… It is a shortsighted, reckless and cowardly move.”

Following the embassy, Zhao Lijian, a spokesperson from the Chinese Foreign Ministry, said that China strongly denounces such move, and will be forced to take a necessary response.

Zhao said that China’s sanctions on a handful of anti-China parliamentarians of the UK, announced in March, were completely justified and reasonable. And that China always staunchly pushed back on any words or deeds that hurt China’s core interest, and does not tolerate being attacked in this manner.

“This is a rare and hysteric move from the UK, since Beijing and London established ties. It also reflected the UK’s condescending attitude on China, which is ‘I can slap whatever sanction on you, but you cannot slap back,” Zhao Junjie, a research fellow at the Chinese Academy of Social Sciences’ Institute of European Studies, told the Global Times.

Zhao said that in order to teach the UK a lesson, China must now take necessary actions to counter the move. “The UK Parliament’s move has severely bogged down normal exchanges between governments’ of the two countries…Possible response from China could be to terminate or suspend mutual exchanges, such as temporarily terminate the China-UK Economic and Financial Dialogue .”

The two forums did not take place last year.

Experts also suggested some high-level governmental exchanges between the two countries or UK diplomatic bodies in China could also be targeted.

After a long and painful divorce from the EU, the burning desire of the UK to reclaim previous glory as world’s superpower has blinded its judgment when it comes to foreign affairs, Wang Yiwei, director of the institute of international affairs at Renmin University of China in Beijing, told the Global Times.

The UK  is actively imposing itself into many regional or international issues to remind people of its importance, said Wang, and China’s sanction have given it an opportunity as “face-saving” chance.

Also, experts pointed out that the US is the biggest influencer behind relations between China and the UK.

An Integrated Review of Security, Defence, Development and Foreign Policy published in March set out a new long-term British agenda – in large part focused on countering China’s “systemic challenge to our security, prosperity and values,” while seeing climate change as one potential area for co-operation with Beijing. The UK will “tilt to the Indo-Pacific,” the report said.

Experts noted that isolating itself from the EU, the UK has been seeking to hide under the US security umbrella and following US policies on the Indo-Pacific and human rights; but at the same time eying China’s rapid economic development. 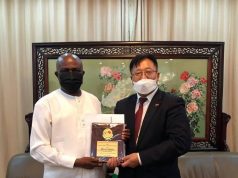 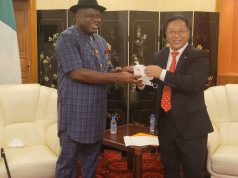