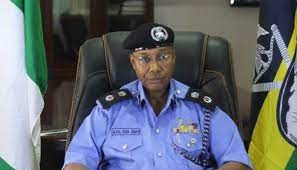 The police in Yobe State have arrested a 22-year-old housewife, Khadija Yakubu, accused of poisoning her three stepsons to death.

The Spokesman of the Command, ASP Dungus Abdulkarim confirmed the arrest on Friday in Damaturu.

Abdulkarim said that the incident occurred at about 9:00 am on Friday at Makarahuta in Potiskum Local Government Area of the state.

He said preliminary investigation revealed that the suspect allegedly served the children aged between seven and 12, poisoned tea for breakfast.

“The children were taken to a hospital after taking tea prepared by the suspect in the early hours of Friday, Sept.17, at about 0900hrs.

“Three of the victims died while receiving treatment and one other was still unconscious,” he said.

The incident was reported to the Divisional Police office, Potiskum by the suspect’s husband, Alhaji Haruna, at about 1:00 pm.

He said investigation into the case was ongoing and would end with the prosecution of the suspect.