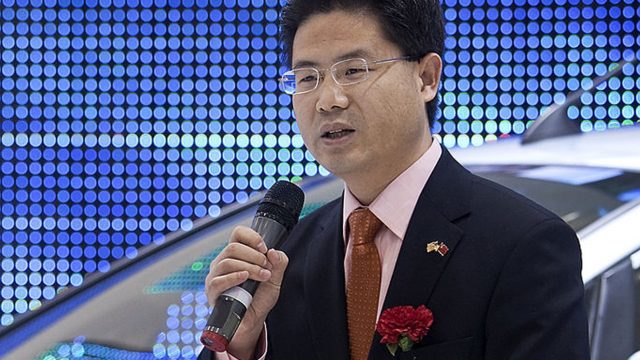 The Chinese Consul General (CG) in Nigeria, Mr. Chu Maoming has clarified on why shipping charges in China went on the spike.

Mr. Chu spoke to ACE Tuesday in response to the alarm raised by a Nigerian businessman, Prof. Gregory Ibe that Nigeria-China trade is going through strain due to hike in shipping charges by shippers in China.

Ibe had feared that the development has started draining the volume of trade between the two countries and to the gains of countries like India, Turkey and U.S.

As we contacted the Chinese Consulate Lagos, the chief executive, CG Chu promised to reach the appropriate offices in China and send his intervention as according to him, his office had not got such complaint earlier.

He got back to us and said:

“Since June last year, affected by the pandemic, countries all over the world have increased their import volumes from China, which have also promoted a significant increase in the demand for international container transportation.” This pressure on China is due to the shortfall in manufacturing in so many other countries due to the global Covid-19 shutdown of the economy, and China’s faster recovery and production bounce.

Chu further said that: “At the same time, some overseas ports are seriously congested due to the same effects of the pandemic that have not actually cleared. The outcome is that shipping efficiency and empty container turnover rate have decreased significantly, resulting in the imbalance between supply and demand of global transport capacity.

To promote the smooth circulation of China’s international supply chain, the Chinese government has taken measures to actively guide international liner companies to increase the capacity and container supply on China’s export routes.

I believe that with the improved economic recovery of all countries in the world, shipping prices will gradually drop and the trade between China and Nigeria will return to a new better level.”

The CG advised Nigerian businesspeople who do business with China not to get discouraged or personalize the development. He reaffirmed the high regard China has for the Nigerian market and the trade relations between them and would do everything possible to eliminate every arbitrariness or victimization and to preserve the good relations.

“With regard to the bilateral currency swap agreement, this agreement was signed in 2018 and expired in April this year. The Chinese government is actively negotiating with the Nigerian government to extend the agreement so that transactions between our two countries can be settled directly in RMB or Naira,” he promised.