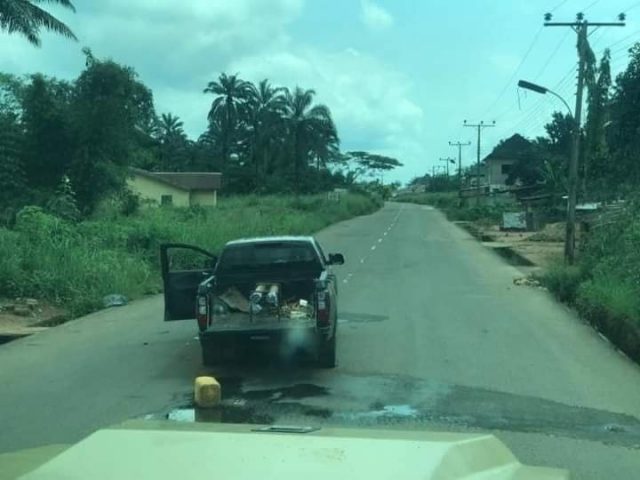 After the attacks on the campaign team and convoy of Governor Obiano of Anambra State at Ihiala during his campaign tour, it has been reported that six persons died in the clash

The attack happened at the premises of Odoata Central School Field, Ihiala that led to a gun duel between the attackers and security men at the rally. It was confirmed that the attack on Obiano’s convoy got so fierce that the shootout lasted for over one hour.

Reports say that a soldier was shot in the attack, while eyewitnesses say six people were felled in the criminal attack with many others injured.

It was gathered that the attackers came from Mgbidi in Imo State, which is a neighbouring local government with Ihiala in Anambra State.

hen preparations were still on and started firing, adding that the firing started at a time the governor was arriving with his convoy, forcing his security details to repel the attackers.

The police in the state through the public relations officer, DSP Tochukwu Ikenga, confirmed the incident and admitted that a riffle, two magazines with 30 rounds of ammunition and a Toyota Hilux van were recovered from the attackers.

Ikenga said the police and military outgunned the attackers, and continued with a  mop up operation thereafter, as normal activities were restored after the bloody incident.

Anambra State Commissioner for Information and Public Enlightenment, Mr. C Don Adinuba said: “A combined team of policemen and soldiers this afternoon repelled an attack by unknown gunmen at Odoata Central School, Ihiala, where the All Progressives Grand Alliance (APGA) was scheduled to organize a campaign rally for the November 6 gubernatorial election in Anambra State.

“The gunmen came on various motorcycles and in three vehicles, namely, a Toyota Lexus 350 ES with registration number EKY 765 EX, Toyota RAV4 with number JJJ 434FP and a Ford van whose number could not ascertained because it caught fire during the exchange of bullets between the gun men and security forces.”