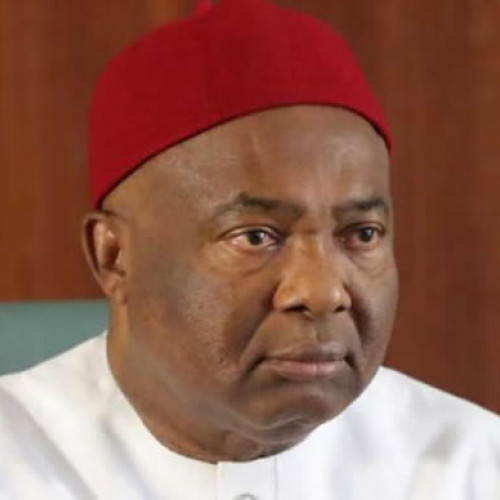 Governor Hope Uzodinma of Imo State, on Tuesday, broke down in tears as he visited Izombe to witness the killing and destruction that led to the deaths and burning of many houses in the area.

Uzodinma said he could not hold back his tears on seeing the dead bodies and properties destroyed in the community.

A clash between the military and a group led by a suspected Owerri prison escapee, Obele led to the loss of lives and properties in the community.

Obele was said to have died during the clash, while two other soldiers also lost their lives.

However, Uzodinma, who visited the community to see the damages, said God would punish those responsible for the incident.

“I would not have been a Senator without the kind of support I got from Izombe.

“I take Izombe as Omuma, my home town. It is painful that after all our sufferings, struggle and God answered our prayer, this happened.

“Instead of us continuing to see blessings, we are seeing obstacles. God will punish those behind all these things happening.”