It was a celebration of a good and fruitful diplomatic relationship between China and Nigeria on Friday in Abuja.

At an award event organised by the Embassy of the People’s Republic of China in Nigeria for the 50 years of ties between the two countries, the Chinese 14th ambassador to Nigeria, Mr. Cui Jianchun thanked Nigerians for their great friendship.

In his speech at the event that gave awards of friendship to 50 Nigerians called friends of China, he expressed satisfaction at the thriving good relations between the two countries.

He had noted that the award was slated for October 1, even though the relationship was 50 last February.

Cui noted that October 1 was chosen for the event due to the importance of the date to the two countries.

While October 1 is Nigeria’s Independence Day, it is China’s National Day since the days of the People’s Republic in 1949.

Ambassador Cui re-echoed his agenda, the GDP 5GIST. The GDP in the 5GIST project represents – growth, development, and progress among the two sides.

The goals of the GIST are broken down into political support for each other; economic cooperation; military collaboration; international coordination and people-to-people bond.

Cui is upbeat that with the agenda pursued conclusively, the years ahead for the two countries would be brighter and of the higher impact than imagined. He said he would devote all his efforts and energies towards the actualization of the agenda.

He used the occasion of the event at the Chinese Cultural Centre, Abuja to reassure Nigeria of the continued commitment of the Chinese government to work more with Nigeria in mutual growth.

The 50 persons honoured as contributors to the growth of the relationship were drawn from the education sector, including 12 teachers who use their profession to promote learning of Chinese language and culture.

Others were from the media, academia, public service, the security system, the banking sector, and many more.

He used the opportunity to urge the awardees to do more for the relationship of China and Nigeria, assuring them that China stands ready to give them support especially at the people-to-people relations.

Among the awardees was Ikenna Emewu, Editor-in-Chief of the Africa China Economy (ACE) Magazine.

Further, at a private interaction between Cui and Emewu after the award event, the top envoy who had announced to the audience of the new book on China by Emewu, China: Rise and Global Influence in the 21st Century, while handing him the award, praised the organisation’s steadfastness in working for the creation of awareness of the goods of China using the media.

Mr. Cui at the private forum with Emewu said the embassy and the government of China appreciate the role of the ACE in telling the true story of China, as against the propaganda and falsity planted to tarnish the clout of China in global affairs.

He assured the ACE that the embassy would do all within its powers to encourage it to do more for the days ahead.

In his response, Emewu thanked the ambassador and also promised that the media organisation would not relent in its passion for the objective.

He also promised the ambassador that the ACE would support all his projects to make Nigerians and the world to know about the positives of China and especially how the country has sincerely contributed positively to the economic growth and industrialization of Africa.

He told the envoy that its resolve to tell the China story truthfully must be sustained as it keeps populating the media space with professional truths and ethical reports of the right things China is doing in Nigeria and Africa.

ACE operates on its online platform and hard copy publications.

Ambassador Cui also presented Emewu with two copies of a classical book on Chinese economic growth – The Road to Reform by Zhu Rongji.

Also at the private discussion were the Chinese deputy ambassador, Mr. Zhao Yong, and other senior diplomats such as Mr. Wu Baocai of the political parties cooperation department. 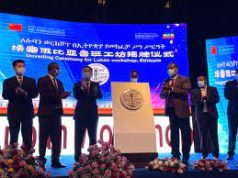 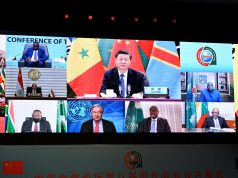 At the Dakar FOCAC, parties promise wider cooperation in a 32-point declaration 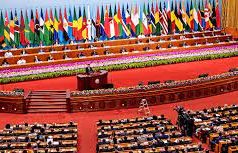 FOR THE RECORDS: Dakar Declaration of the 8th Ministerial Conference of the Forum on China-Africa Cooperation

Editor In Chief IKENNA EMEWU For adverts, please call +234-812-099-7006 This site is owned and operated by the AFRI-CHINA MEDIA CENTRE LIMITED
Contact us: [email protected].org