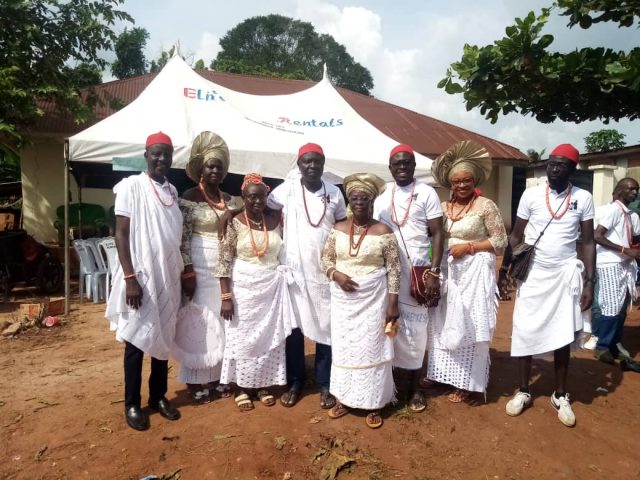 His success was not denominated in any currency but in the human worth of what he gave to society. In onye nkuzi’s generation, human worth and contribution were not relativized. They were concrete, absolute, and well measured in the scales of society.

Of course, in his days, and even now, teachers were not people of affluence, but of influence, a benefit of the value of their onerous service to humanity.

As he taught the children of other parents and groomed them into shape, he did not forget to till his own farm.

In his generation, onye nkuzi or ndi nkuzi (teachers) were like the government within their local world and so did they entrench the culture of discipline at spheres wider their families.

He was a teacher in the world where being a teacher meant being a strict disciplinarian and a vector of values. So, Pa Matthew Nnaemeke Uba of the Ogbechie kindred in the Ogbe Akwu Quarters of Onicha Uku in Aniocha North LGA of Delta State wore all the tag of his calling that fitted like his skin.

The only surviving child of his mother, after several losses through child mortality, grew to be a root and branch that spread out into many directions.

But above all else, the discipline he etched in the personality of all his many children forged them into a strictly glued suture to each other in love and respect. That love they have within them also reflects on the outer world.

In our circle of friends, we often say that to know one of the Ubas is to know all of them.

Funny enough, by the time you come to know all of them through one, it is a matter of time for you to start wondering who actually is your best friend among them.

In all his children, what Diokpa Uba lived for reflects back at you like a mirror.

Little wonder when he slept into eternity at the ripe old age of 97 calendar years or 100 lunar years as he explained to his children on July 18, it was momentous.

His departure would have evoked pain even though he lived long, but the children say Pa Uba who was so articulate even at his twilight and indeed his last breath, had counseled them never to cry for him.

On a particular day, I brought copies of the maiden edition of my magazine, Africa China Economy Magazine to my friends, Josfyn and Washington, just September 2020, they called Diokpa to bless the efforts of their friend. The old teacher, just because his children told him on phone this was their friend, prayed fervently, dropped the blessings of an elder, now an ancestor, on the project. I have no doubt, the heavens where diokpa, a great Igbo elder, now belongs, answered.

He told his children that he had lived a full life and could not recall what he missed out in the litany of God’s kindness to any human being. The conclusion was ‘cry not for me as I exit.’

This is a man that in fulfillment told his first son, Mr. Barry Eziafa Uba that he even shortchanged the government. Did he dupe the government? No. But after serving for 35 years and earning his salary, he was a pensioner for 37 years, two years more than his years of service. That is the shortchange that counted among his numerous blessings.

For his second son, Misty Ngozi, he recalls how his teacher father, enlisted himself, appropriated the duty of his son’s school to visit, and cane him thoroughly because his principal was lax at such dish of corporal discipline.

According to the narration of his children, at a point in the course of efforts to handle his sight challenge due to old age, he told them to stop so far and appreciated them for the sweats. The elder counseled: “my children, you have all done your best and I think it is time to let this sight issue be. I would let you know that what I didn’t see or have not seen at over 90 is not meant for me to see.”

To cap his unusually blessed life, the legend drawing close to his grave even advised and guided his children on how to hold his passage rites. At some point, he would tell some of the children, especially his two eldest daughters that spent the most time with him then, Ma Chinedu (nee Uba) and Madam Josfyn of The Sun Newspaper, that he was already seeing a large crowd gathered to bid him farewell. He even gave them a guide on what should be done in his passage rite and how.

According to their stories, “papa demystified death and took away our fears about exiting this world. He made it look like one traveling for a picnic and was quite ready to embrace eternity. He so explained to us the details that we also lost the normal fear of signing off from this life. He regaled us with funfair how wonderful it will be the day he sleeps in eternity. Because of that, we got ourselves ready quite on time for it.”

A carnival for the teacher

The Uba siblings really braced up and prepared to bid their patriarch a farewell the best way they could. On the day the events peaked, they stepped out draped in their traditional akwa ocha (white clothes).

The events were spotted in diverse hues and chapters – the Christian, the cultural, and the social.

It started on October 29 with a service of songs. Interment of his remains was held the following day and the traditional rites were on October 31.

Consistent with his dictates for his passage rites, Pa Uba was interred after sunset, the traditional time for the exit of elders, at the close of the day. Prior to that, his remains in a white casket were taken around town with dances by family members. It was not the type of casket parade in a hearse or by stunt pallbearers. His remains toured the town on the shoulders of calm youths among his kindred.

Traditionally, for the exit of such elderly persons, the children dance in celebration, not celebrating the loss, but celebrating long life and their privilege of being alive to accord their father or mother a funeral, instead of the reverse.

It was curtain fall for Diokpa Uba’s passage on Tuesday with the outing of the big masquerades that danced in his honour in town.

For the teacher, father, grandfather, great grandfather, mentor, community leader and pious man, it was a journey of 100 long lunar years well-traveled and ended. 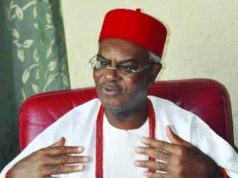 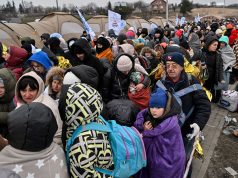