The Internet of Things (IoT) is playing an increasingly prominent role in the production and life of people in all sectors as digital and intelligent transformation and upgrading of industries speeds up.

With sensing and network communications technologies as its major means, the IoT is infrastructure that provides services including the sensing, transmission, and processing of information through ubiquitous connection among people, machines, and objects.

The IoT is empowering various industries. In fact, many IoT application scenarios have become realities, such as production equipment with sensors that can be operated, maintained, and monitored from a thousand miles away, smart loudspeaker box that can be controlled using voice commands, and roads covered by video surveillance system and cooperative vehicle-infrastructure system that make autonomous driving possible.

In recent years, China has made active efforts to advance the development of its IoT industry, which has enjoyed sound growth momentum and shown great potential for development.

By the end of last year, the ownership of IoT SIM cards in China had exceeded 1.2 billion, and the country’s number of backbone IoT enterprises with an output value of more than one billion yuan surpassed 200, according to statistics.

In an effort to further boost the development of the industry, eight ministries in China recently issued an action plan for the construction of the IoT in the next three years (2021-2023).

The document specifies key tasks and targets for the construction of the new infrastructure in a systematic way and sets the goal of preliminarily covering major cities in the country by the IoT by the end of 2023.

So far, China’s IoT industry has published more than 370 standards, clearly defined IoT-related terms and concepts, and standardized technical requirements for network technology, application support, and testing, among other aspects.

The country has witnessed the emergence of new business models in the application of the IoT in its manufacturing sector, such as remote operation and maintenance, monitoring of energy consumption, and safety monitoring.

With the deployment and application of such facilities and systems as video surveillance system, environmental monitoring system, smart smoke detector, and smart street lamp in urban governance, a mechanism for cross-domain data sharing has gradually taken shape in the country.

However, the country still has a long way to go before achieving self-reliance in core technologies of the IoT industry, as the chips in homemade module products are supplied mostly by foreign companies, the country still relies heavily on imported high-end sensors, and there is an urgent need for the country to strengthen the research and development of core technologies concerning the kernel, security, and low power consumption of the IoT operating systems.

The newly issued action plan for the construction of the IoT focuses on making breakthroughs in key and core technologies and aims to advance technology integration and innovation, according to an official with the science and technology department of China’s Ministry of Industry and Information Technology (MIIT). 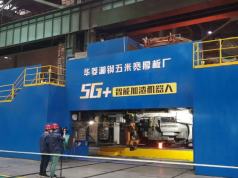 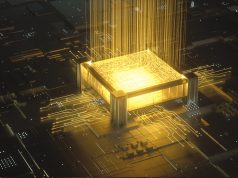