Modern infrastructure availability is one of the indicators of advancement of any society today.

It is like the blood that keeps any modern society and economy alive ranging from roads, institutions, bridges, airports, seaports, railways, dams telecommunication facilities and many more.

Indeed the level, quality and standard of infrastructure of a country is a simple definer of its rating in development or advancement.

In 2015, a Brookings report focusing on how beneficial infrastructure is to any society and economy confirmed that: “Infrastructure enables trade, powers businesses, connects workers to their jobs, creates opportunities for struggling communities and protects the nation from an increasingly unpredictable natural environment. From private investment in telecommunication systems, broadband networks, freight railroads, energy projects and pipelines, to publicly spending on transportation, water, buildings and parks, infrastructure is the backbone of a healthy economy. It also supports workers, providing millions of jobs each year in building and maintenance.

Over the past five years, CCECC has delivered four major railway projects after completion, and all of them cover stretch of 712km, a huge economic value that has been added to the country.

The China Civil Engineering Construction Corporation (CCECC) has proven over time to be reliable supporter in infrastructure upgrade and creation for the economy of Nigeria.

From CCECC records, the sincerity in handling and delivering the projects underscore the commitment of the company powered by the Chinese government in genuine support for the infrastructure advancement of Nigeria.

CCECC said its credibility is confirmation that the relationship between China and Nigeria has no deceit to it, reason the company never defaulted in completing the over 110 projects they have handled in Nigeria in the 40 years of her operation.

Most of the services China through state-owned agencies have rendered partner countries, especially the less advanced worlds have been in building infrastructure in such countries, many at subsidized rates and delivered in great quality finishing. Nigeria has been part of that larger focus and the CCECC Nigeria Limited in its 40 years of operation in the country has been a trailblazer in that task.

The company through the parent firm in China has been an organ of China’s foreign aid in infrastructure with regional offices in 104 countries in all the continents of the world since it was established in 1979.

The premium placed on the importance and focus on infrastructure development by China was captured succinctly by Andrew Chatzky and James McBride in a focus on the China global diplomatic framework, the Belt and Road Initiative that: “China’s Belt and Road Initiative (BRI), sometimes referred to as the New Silk Road, is one of the most ambitious infrastructure projects ever conceived. Launched in 2013 by President Xi Jinping, the vast collection of development and investment initiatives would stretch from East Asia to Europe, significantly expanding China’s economic and political influence.”

This year, CCECC added another feather to its cap with the completion of the Lagos-Ibadan railway project that has also started operation.

The history of Nigeria’s infrastructure development and advancement is incomplete without a mention of the great roles played by the CCECC Nigeria Limited.

In the last five years, CCECC Nigeria has completed and handed over the Abuja Metro of about 37km, the 186km Abuja-Kaduna railway, the Ajaokuta-Itakpe-Warri 326km railway project and lastly the Lagos-Ibadan project of 156km, with an extension of another 7km.

These projects have engendered development of Nigeria in no little measures. Their benefits are economic, social, developmental, diplomatic and extend to deepening expertise through the grooming of  artisans and professionals for the country as the locals work on these projects.

They have also contributed to manufacturing in areas related to the railway system. The sleepers on the railway tracks are fabricated in factories in Abuja at the CCECC Idu yards. The concrete works, quarrying and many more, and lately the train cargo production have taken roots in Nigeria through the CCECC projects.

Many have been trained as train drivers, repair workers, technicians and more. To deepen the localization of this industry, CCECC assisted to set up the Railway Engineering department at the University of Abuja. It is also currently building the Transportation University in Daura, Katsina State, a project the Transportation Minister, Mr. Chibuike  Amaechi said was at no cost to Nigeria, just one of the corporate social impacts of the company.

Before operations starts after the completion of construction, CCECC organises technical training for NRC personnel to help guide them on the daily requirements of the operation.

As the operation runs, CCECC provides the management of key positions, technical personnel for operational guidance according to the nature of different posts and maintenance work needed for a smooth and unhindered operation.

Based on agreement reached between the construction company and the NRC, CCECC will provide three years of operational technical support. During this period, we are persuaded the NRC staff would have mastered all that needs to be known to ensure the operation goes on well.

From our passenger survey, travelers are very satisfied with the service of Lagos- Ibadan railway, which is safe and comfortable, and greatly shortens the travel time. They are enthusiastic that the service would even get better with time and whatever is lacking, we would be from the NRC side and they will take adequate care of that over time.

This railway is a major Sino-African cooperation and a flagship project of Nigeria-China practical cooperation and bilateral relationship. It connects Lagos, African largest city with Ibadan, Nigerian industrial capital. The length of the railway main line is about 157 kilometers with an extension of about 7 kilometers, adopting modern railway standard with designed speed 150 km/h. Everything we need about the project had been done and we don’t just handle them as contractors, but always taking in nto account the fact that these projects are actually the core practical diplomatic friendship between China and Nigeria. The best way to consolidate and sustain the good relationship is we playing our roles excellently in the spirit of lasting friendship between our two countries.

Since entering Nigeria in 1981, CCECC has always adhered to the mission of providing Nigeria with quality infrastructure and services. And CCECC in the process of her service to the country signed contracts on railway repair and renovation in Nigeria and the supply of rolling stock in 1995. that implies that CCECC has been working on railway projects in Nigeria for 26 years. 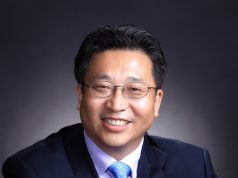 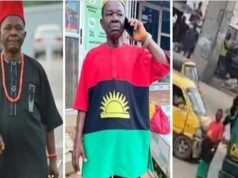