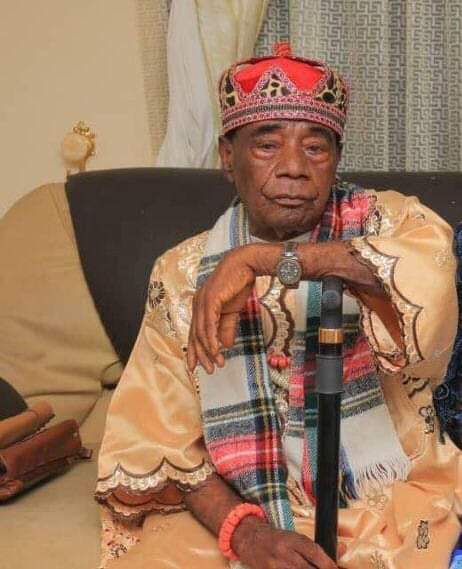 Late Pa Cyril Elesim Ibe belonged to every meaning of a humble background, irrespective of his royal lineage.

His growth and grope in the murky tracks of life depicted that so well. As a young man, he struggled against the headwinds and actually didn’t know the direction to take other than a raw dream to move himself away from the status he found himself in.

He grew full of his ambitions and as he sought for the tracks that lead to a better destination, providence took him all the way from Umuahia where he had trekked to in about the mid 1940s from Uturu to a distant world, Kaduna.

There, fate met the young man full of his desires for a dream to pursue.

He was one of the people God used to demonstrate his rare kindness and His ability to do the impossible.

Or how else would you explain that a young man who hadn’t the privilege of learning to write his name, detect figures or letters became a tailor, a skill that requires writing and measurement?

If you would overlook that as little and not a serious yardstick, how would you gloss over the possibility of a man who didn’t learn to write his name enlisting in public service?

In his part of the world, inheritance of royal identity is different from inheritance of material wealth. So, he faced his journey as life happened to him – one step at a time.

He had a short stint in Umuahia where he hawked akara the fryers were some Yoruba and Hausa women who had been attracted to Umuahia in the 1940s via the advantage of location by the railway that connected Enugu, the coal city founded in 1909 with Igwuocha (Port Harcourt) a port town to aid the export of coal to England.

During his first return back home, he sought the advice of his family to try somewhere else, a consultation that made them decide to hand him over to one of his uncles who was doing well in Kaduna as tailor.

The late Eze Ibe is a product of the influential institution of Igba boyi of the Igbo race.

His family agreed that he should move to Kaduna and learn tailoring from the uncle, Koko Agwoleke. He took that decisive journey in 1948 by train and never returned with regret

Before venturing to Kaduna, he had served his maternal uncle, Pa Paul Okereke. Pa Okereke himself though a school teacher didn’t deem it important to send his nephew, young Cyril that lived with him to school. That is how western education eluded the young man to expose him to fending for his future through some other ways.

Pa Ibe, then a young man spent the first seven years of his sojourn in Kaduna as apprentice learning to make wears. After that, he invested another seven years in partnership with his uncle before gaining his freedom to start his own business, squeezing in 14 straight years of his youth in that.

After some years into this, he was discovered by some white men who were part of the colonial officers of the Nigeria Police. His brilliance and adept skills impressed one of the big white officers who didn’t mind his inability to read or write and recruited him into the Nigeria Police tailoring unit to sew police uniforms. He was enjoying his new life when the Biafra War broke out. Then his young family had a little boy and his immediate younger baby sister who were all dispatched back to Igbo land to hide from the carnage. The father of the family enlisted in the war and fought gallantly to return alive.

At the cessation of hostilities, they were recalled to service in the early 1970s. That is how he relocated to Enugu to commence from where everybody had paused the normal life.

From there he relocated his family and his service to Owerri in 1976 when the new Imo State was created.

He served in Owerri till his exit from service, battling with hardship with sluggish elevation through the ranks due to his lack of formal education.

With his lean means, he struggled to raise his children who got formal education by the skin of the teeth.

He and his wife engaged in unimaginable menial jobs to survive.

It was through such struggle against the elements that God blessed his efforts and raised him a giant child out of his first son, Gregory Ikechukwu Ibe.

That man who had no privilege of formal education was alive to his see son from his bosom found and own a university at the back of his own house.

When his son, Prof. Ibe announced to him sometime in 2011 that he would build a university, he told him to clear his eyes say something meaningful. He dismissed his son as not saying anything coherent because ‘it is only government that owns a university. How would you as a person tell me you want to build one. Are you government’?

When the Gregory University, Uturu became a reality, he would sit at his balcony every morning to observe students and workers file into the school behind his home. That made him feel like living in dream, but so grateful that he who would not attend any school, has a university built by his little boy.

At retirement, a higher duty called. The ex-policeman was enthroned in the stead of his ancestors as eze of his people.

He served in that high leadership capacity until he joined his ancestors middle of 2021 at the rare age of 100.

On December 9, his passage rites would commence in his country home while his remains would be committed to mother earth the following day.

That date of his interment is actually the birthday of his son, Prof. Ibe. The younger Ibe said the choice of the date was deliberate because his father’s life was a celebration and has to hold on a date special to him.

It is a loud farewell to the man who admitted he was one that God lavishly blessed. 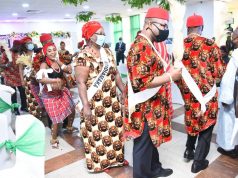 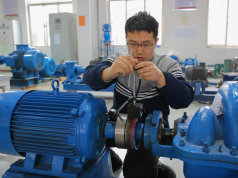 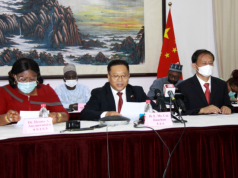