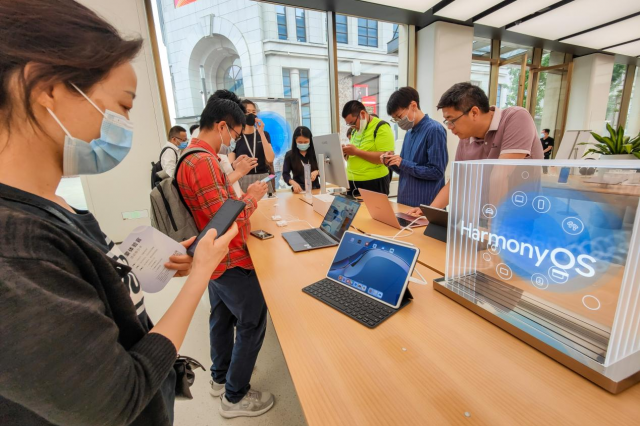 Chinese tech giant Huawei has launched 11 scenario-based solutions for customers from different industries to satisfy their individualized demands for digital transformation, aiming to respond to challenges, take opportunities and create new value in these industries together with its partners.

To achieve digital transformation, enterprises need to develop digital platforms as a foundation and focus on business restructuring with the aim of supporting the success of their main business, noted Tao Jingwen, Huawei’s Board Member.

Huawei, which has traveled a path of digitalization that started in one specific field and resulted in well-rounded digitalization, hopes to provide customers with high-quality products and services based on its experience and help enterprises in various industries achieve digital transformation and forge global competitiveness, Tao said.

When customer complaints occurred in the power system, they were traditionally conveyed to personnel responsible for handling complaints through one procedure after another, which caused slow response and could easily lead to further complaints.

As regards overhaul, tasks used to be assigned orally and examination records written down by hand, which made maintenance unknowable and uncontrollable; and when new problems arose, it was hard to fix them in time.

Thanks to the digital solution, work orders are directly sent to groups in charge and the whole handling process becomes transparent and visible. Besides, a hierarchical management system that connects the headquarters, prefecture-level service centers and digital working groups has taken shape, enabling real-time interactions between personnel at different levels during work.

The City Intelligent Twins, which has been developed based on new-generation cloud computing centers, urban digital platforms and urban operation centers, has also been employed by Zhangjiagang city, east China’s Jiangsu province, to promote its intelligent upgrading.

In the digital era, human-machine collaboration and intelligence-driven efficiency improvement will become a new development path for cities in the context of digital transformation, according to Yue Kun, a manager at Huawei.

Under the belief that the construction of smart cities should aim for responding to the needs of the people and focus on bringing citizens a sense of gain rather than simply piling up advanced technologies, Huawei has devoted itself to achieving finer urban governance with technologies and continuously improving the happiness of citizens, Yue said.

So far, the City Intelligent Twins has been implemented in over 50 Chinese cities, including Shanghai, Shenzhen, Wuhan and Changchun.

In the field of transportation, Huawei has released its latest smart airport solution as well as smart air traffic control and comprehensive transportation solutions, continuously helping customers in the industry realize digitalization that brings about more convenient traveling for people and better logistics services for goods.

The company has also rolled out its latest solution to smart car manufacturing to help the manufacturing sector improve efficiency and experience.

The end-to-end solution that involves the ecosystems of both software and hardware can be used in major industrial scenarios and achieve cloud-based collaborative production among multiple business divisions, Zhang added.

“We intend to help each customer embrace digitalization in their unique way,” said Peng Zhongyang, Huawei’s Board Member, adding that in different stages of digital evolution, Huawei will infuse vitality into industries with digital technologies and industry practices, and work with global partners to fully support customers’ digital transformation.

It was disclosed that the company plans to release more than 300 scenario-based solutions in the next five years.