Anambra State governor-elect, Prof. Chukwuma Soludo’s announced transition team made of top experts and drawn from five states from the South East and South South regions has been described as exemplary and futuristic.

Members of the team cut across Anambra, Abia, Enugu, Imo, and Delta states.

The commendation came from one of the listed members, Prof. Gregory Ibe, founder and Chancellor of the Gregory University, Uturu Abia State.

Ibe in his comment about the body in an interview with the ACE Magazine said: “I am impressed that the governor-elect assembled such a good team of technocrats. His agenda is futuristic. We know him and we knew from the time he is bound to get it right. So, I am not surprised at this outing which I see as good and exemplary. Soludo knows what he wants and what the Igbo also wants. He looks ahead towards the re-invention of a pan-Igbo body that cuts across the South East and South South. I did not discuss with him about the list, but the Soludo I know works at a larger picture that targets to create a platform to bring together the two zones, even beyond the Igbo of the zones.”

Ibe, the proprietor of the first tech innovation centre in Nigeria which the US Secretary of State, Antony Blinken in Abuja visited during his official trip to Nigeria last November reasoned that “what Soludo did is just beyond a group. He plans to make a lot of unsung heroes and champions of his generation in Igbo land part of his team. He looks at a bigger picture of picking from the large pool of Igbo expertise and not isolating them as past leaders did. You can find out that his team is mainly made of non-politicians. He wants to experiment on the agenda of pan-Igbo awareness beyond state boundary lines. The spirit is that if it works in Anambra, it can work everywhere else in the entire Igbo land. We know of a politician in Nigeria who integrated many people of his ethnic group from outside his state into the state government he headed. Most of them today dominate the political leadership of Nigeria. I would want our people to see Soludo’s move from such inclusive perspective.”

The list made public on Thursday is led by former Education Minister, Dr. Oby Ezekwesili.

Other members of the group include Prof. Pat Utomi, prominent lawyers such Dr. Olisa Agbakoba (SAN), Mr. Pat Ikwueto (SAN), and many others.

The star-studded list did not omit the chief executive of the Afreximbank, Prof. Ben Oramah, Chief Osita Chidoka, former Aviation Minister, and many other proven experts who have made serious contributions to the economy, entrepreneurship, academia, and other sectors in Nigeria.

The body is expected to give direction to the take-off of Soludo’s government that will come on board on March 17.

It is hoped that Soludo would tap into the experience, guide, and advice of this pool of outstanding personalities to give the government he is going to head a sure footing from take-off. 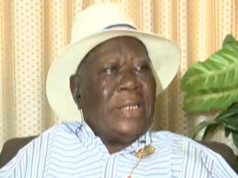 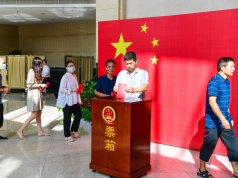 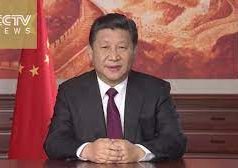 We have a country that doesn’t worry about poverty anymore, says President Xi in New Year’s address