Dieudonne Zang Mba Obele, Mayor of Mbalmayo municipality located 48km on the outskirts of Cameroonian capital Yaounde on Tuesday expressed his gratitude to the 21st batch of the China medical team sent to the Central African nation, saying that their mission “has been a thorough success.”

In a speech during a farewell ceremony for the medical team in Mbalmayo, Obele said that they have brilliantly discharged their mission.

“I thank the Chinese medical team wholeheartedly. Thank you for your love, fraternity and cooperation. Out of the over 300 councils in Cameroon, the team paid special attention to Mbalmayo. It was a good experience,” Obele said, adding that the team worked even on weekends to take care of patients in the municipality especially in rural areas where access to healthcare is difficult and expensive.

Obele awarded honorary certificates to some members of the team and made Tian Yuan, head of the Chinese medical team in Cameroon, honorary citizen of Mbalmayo.

“This is in recognition of your selfless contribution to this municipality. You are the fifth person in the history of Mbalmayo to be made an honorary citizen. It is a big honour for you and for us,” Obele said.

Tian thanked the mayor and other dignitaries including the sub-prefect of Mbalmayo who took part in the ceremony and stressed that the team will leave Mbalmayo with good memories of cordial relationship between Cameroon and China.

The ceremony ended with the reception of a batch of medical equipment donated by China to Mbalmayo to fight against the novel coronavirus and other ailments in the municipality.

The mission of the 21st batch of Chinese medical team will officially come to an end in Cameroon in April. 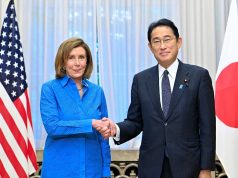