Tanzania parliament on Tuesday approved a bill designed to amend the Anti-money Laundering Act of 2022 to reinforce the fight against money laundering and terrorist financing in the east African nation.

Mwigulu Nchemba, the minister for Finance and Planning, told the House in the Tanzanian capital of Dodoma that the amendment of the Act followed an assessment report on the country’s systems for controlling illicit money, terrorist financing and weapons of mass destruction.

Nchemba said the assessment was conducted by the Eastern and Southern Africa Anti-Money Laundering Community in 2021, of which Tanzania is a member.

According to the minister, the assessment results identified gaps in the Anti-money Laundering Act 2022 due to changes in the regulatory framework for money laundering, terrorist financing as well as the use of new technologies in crimes.

He said if the amendments to this Act were not made, the government of Tanzania could have been placed on the list of countries with risky financial systems which could have a negative political, social and economic impact. 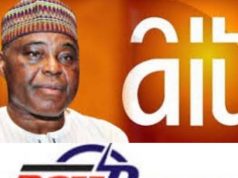