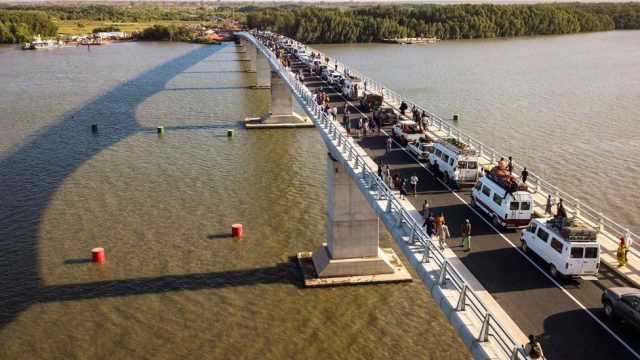 Hope is in the air following the commissioning of a toll bridge spanning a local river in Senegal.

The bridge, which spans the Saloum River and connects the two cities of Fatick and Foundiougne, is believed to be the longest of the kind in West Africa.

A special ceremony was arranged Saturday, with Senegalese President Macky Sall attending, to celebrate the commissioning of the steel bridge, which was financed by Senegal and China through the Export-Import Bank of China (China EximBank) and built by a Chinese company in four years.

After cutting the ribbon, President Macky Sall, in the presence of Chinese Ambassador to Senegal Xiao Han and several administrative authorities of Senegal, walked a few meters on the bridge which extends 1,600 meters.

The Senegalese President at the ceremony thanked China for its constant support for the realization of “all the beautiful infrastructures” launched through the Emerging Senegal Plan (PSE), Senegal’s master plan for revitalization.

The Foundiougne bridge will make it possible to shorten the journey between Casamance (south) and the rest of Senegal via The Gambia, said the president, noting that the bridge will reduce the time and cost of traffic to The Gambia and Guinea-Bissau, consolidating integration and neighborliness between neighboring countries of Senegal.

The bridge was completed late last year and its construction had created 2,000 jobs.

The commissioning of the bridge is a boon to locals.

“Before, it took at least an hour to cross the river by ferry, but now it takes a few minutes to cross the bridge. The bridge is really convenient and it saves us a lot of time,” said Abdoulaye Diop, a resident of the city of Foundiougne, which is on the southern bank of the Saloum River. 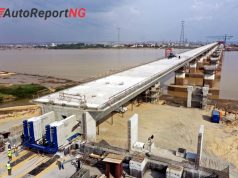 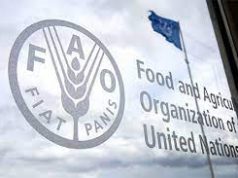