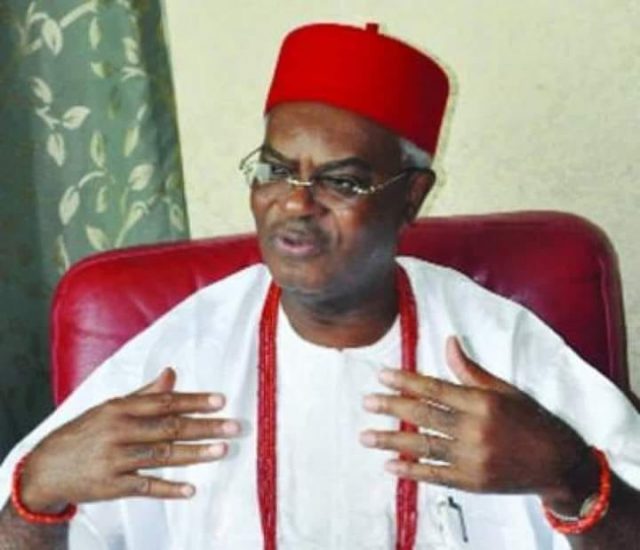 The Anambra State government and the Council of Traditional Rulers and Religious Leaders of the South East have signed a joint statement to end the incessant sit-at-home on Mondays.

The infamous ban that has been sustained for over a year in the region has been a disincentive to the progress, development, and peace of the region with disruptions in all sectors of the society.

The bodies that held a meeting in Anambra on Saturday agreed that although the authors of the order, IPOB, have a right to protest, it should not be done in a way to hamper the good of the supposed beneficiaries of their claimed agitation.

At the same time, the state government also agreed to set up a truth and reconciliation commission to address the grievances of the IPOB, victims of their activities, and the general public as a means of bringing to an end the festering problems and challenges.

The statement was signed by Obi Nnaemeka Achebe, Obi Onitsha, and religious leaders including bishops that represent various interest groups.

They agreed that to bring the problem to an end, Monday, April 4 shall be a day of prayers in the entire Igbo land and among all Igbo worldwide. The prayer is slated to hold at 11 am, with a call that all Igbo sons and daughters all over the world should join at the time.

The statement read partly that: “Further to the call by the Joint Body of South East Council of Traditional Rulership and Bishops/Archbishops (Joint Body) on Peace and Conflict Resolution in October 2021 for restoration of genuine peace and normalcy in the South East based on justice, equity, fairness, love, mutual understanding and respect; and to the invitation of the new Governor of Anambra State, at his inauguration address on March 17, 2022, to all non-State Actors to interrogate their goals and methods, the representatives of the Traditional Rulers and Religious Leaders in Anambra State convened a meeting with representatives of the Anambra State Government and the Counsel to Mazi Nnamdi Kanu, to consider pathways to restore normalcy in Anambra State.

You may recall that a number of groups have previously called on the Federal Government to free Mazi Nnamdi Kanu, to no avail. Indeed, the present Governor of Anambra State, Professor Charles Chukwuma Soludo, solidarized with Mazi Nnamdi Kanu, whilst he was held in Kuje prison, awaiting trial, on February 28, 2017, and followed up with a demand for his release after he was granted bail by the High Court. On its part, the Indigenous People of Biafra (IPOB) announced ‘a total lockdown of social and economic activities every Monday starting from August 9 in the South-East region of the country on July 30th, 2021 ostensibly to press home the release of Mazi Nnamdi Kanu.

While we have severally, collectively, and individually supported the call for his release from incarceration, the experience of the past 14 months, however, leaves no iota of doubt that the Sit At Home is blurring the intent and objective of the agitation and it is time for us to count our losses and move on. It is beyond doubt that the Sit-At-Home exercise has done incalculable damage to the economy of Anambra State and indeed the Southeast. We are losing the most productive day of the week as intra-, inter-state, and even international business activity are severely constrained, and slowly forcing the diversion of economic activity to other commercial centres outside Alaigbo.

It is therefore abundantly clear to all that the Monday Sit-At-Home is ill-advised and counter-productive. All over the world, it is our inalienable right to make demands, make our voices to be heard, and make agitations against perceived injustice and the reality of marginalisation. It is however totally unacceptable to stop our children from going to school, to destroy our means of livelihood, to kill, maim or recklessly destroy properties of the so-called potential beneficiaries of the struggle, to make our economies unattractive to investors, and to create an environment in which our youth have little hope of realising their legitimate dreams and aspirations for jobs and wealth creation.