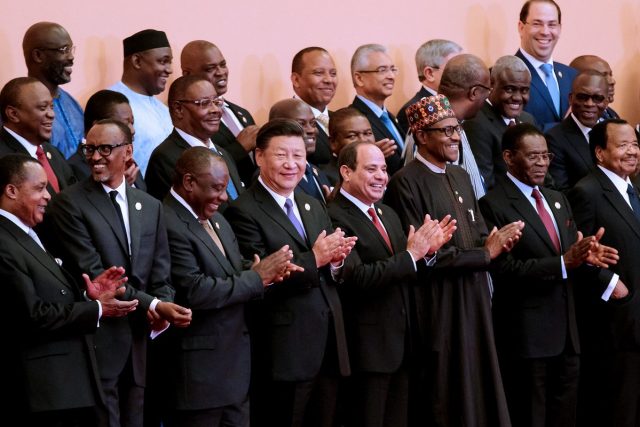 World Health Organization (WHO) certified China malaria-free on June 30, 2021, which symbolized that the country completed the journey from 30 million indigenous cases annually in the 1940s to zero in 2017. Undoubtedly, China was of the heaviest malaria burden among the 40 malaria-free countries and territories. But now, it becomes the first malaria-free country in WHO Western Pacific Region.

Africa has made significant progress in malaria control during the past two decades. Over 60% of deaths caused by malaria have been reduced in the endemic countries with the critical support from international partners such as the Global Fund to Fight AIDS, Tuberculosis and Malaria, the USA President’s Malaria Initiative, WHO, and the Rolling Back Malaria (RBM) Partnership to End Malaria. However, the progress has been stagnated by interconnected challenges including the operational, technical, and challenges under the impact of the coronavirus disease 2019 (COVID-19) pandemic since 2014 and reached a critical juncture with the compounding impact of the COVID-19 pandemic. In 2019, an estimated 215 million new malaria infections occurred in Africa, accounting for 94% of the global burden, and the malaria elimination efforts in Africa will accelerate the global malaria elimination goal. However, the targets of the Global Technical Strategy for Malaria (GTS) 2016−2030 are under challenge.

The elimination in China brightens the goal of global malaria elimination efforts. During the past decades, China has contributed its unique innovations to the global community: Artemisinin, discovered by Tu Youyou, has saved millions of lives globally; the “1-3-7” norm (whereby case notification within 1 day, case investigation within 3 days, and foci investigation and targeted action within 7 days) developed in 2012, has been adapted in the local contexts of countries in Southeast Asia and Africa. Possessed with these innovative tools, China always continues its contribution to Africa’s malaria elimination efforts. By looking into the malaria control phase towards the elimination phase from 1960 to 2011 in sub-Saharan Africa and China, it is shown that the gap in malaria burden will widen without the enhanced interventions in Africa. It is imperative to identify the key China–Africa cooperation areas on malaria control and elimination so that synergized efforts could be pooled together to help African countries achieve the elimination goal.

Historically, malaria, one of the five oldest and deadliest human parasitic diseases, left its huge toll on China. Following 70 years of relentless efforts to combat this ancient killer, China has witnessed no single documented case of malaria, originating within its borders since 2017. It is widely recognized that China’s anti-malaria campaigns can be divided into 5 phases

China’s major experiences should be adapted by African countries for malaria control and elimination.

Although no indigenous case occurs in China, the present achievement is being challenged by continuously imported malaria. From 2017 to 2020, a total of 9287 imported cases were recorded, not only from the border region but also from the high-burden African countries.

In order to consolidate the achievement of malaria elimination, prevent re-establishment and reduce malaria deaths, 13 Ministries of China’s central government issued the “Administrative Management for the Prevention of Re-establishment of Malaria Transmission” and the Chinese Center for Disease Control and Prevention (China CDC) published the “Technical Program for the Prevention Re-establishment of Malaria Transmission” in the home. The strategies and measures for different risk areas have been defined. The new working principle of “government leadership, departmental cooperation, rapid and accurate, joint participation and action“ and the new strategy of “early detection, accurately block transmission” has been developed. To further consolidate the malaria elimination efforts, it is important for China to work with partners globally to mitigate the impact of malaria.

The cooperation projects showcase the feasibility, effectiveness, and implications of China’s malaria control and elimination experiences applied in the African setting.

The Fast Elimination of Malaria through Source Eradication project in Comoros, a high malaria-endemic area, showed remarkable results, which contributed to a 95% reduction in cases of malaria in the country, by launching mass drug administration (MDA) of artemisinin-piperaquine in the local and promoting community engagement. However, the elimination gains were not sustained over the long term due to the lack of continuous surveillance and response in a post-elimination era.

The China–UK–Tanzania Pilot Project on Malaria Control (the Pilot Project) 2015 and 2018 has developed the 1,7-malaria Reactive Community-based Testing and Response (1,7-mRCTR) approach to reduce the malaria burden effectively in the moderate and high transmission areas, which is a locally tailored approach adapted from China’s “1-3-7” norm. Due to the remarkable achievements of the Pilot Project, the China–Tanzania Demonstration Project on Malaria Control (the Demonstration Project), supported by Bill and Melinda Gates Foundation, is now being implemented to validate and scale up 1,7-mRCTR approach.

Challenges and opportunities for China–Africa cooperation on malaria

China–Africa malaria cooperation might face a couple of challenges. First, what has been proved effective from previous China–Africa initiatives must be adapted into sound malaria intervention policies at the national level in malaria-endemic countries. Second, the initiatives should better integrate the project of joint cooperation at both the national and local levels. These cooperation initiatives should strengthen local capacity without imposing an undue burden of new requirements for the national programme. Overall, it is clear from the Chinese experience that the whole-of-government approach to malaria elimination pays dividends. Third, the fragmented resources from different ministries and stakeholders in China should be united and well planned for China–Africa malaria control and elimination programmes. These experiences learnt from previous China–Africa initiatives should help improve future collaboration.

Despite bottlenecks to be resolved, the great potential could be expected from China to help fast-track malaria control and elimination course in Africa.

First, regarding the potential cooperation models which are tailored to the needs of African country partners, an integrated and phase-based approach is recommended. This will support country-specific collaborations which effectively integrate into the local contexts and align overall trade and development coordination with malaria elimination interventions. China’s support for malaria programmes needs to be embedded into the local existing systems as much as possible, which will provide not only a great deal of flexibility and allow for the necessary oversight, monitoring, reporting, and accountability needed to assure that the Chinese government investments are being effectively deployed and achieve epidemiological impact, but it would also ensure the sustainability of interventions. A designated Chinese technical team on malaria should work with the host-country government coordination mechanisms and the other development partners groups, so as to ensure that investments to end malaria are also aligned with national plans for financing and universal health coverage to promote their long-term sustainability.

Second, the 1,7-mRCTR approach for malaria surveillance and response, which originated from the “1-3-7” norm, a core strategy that led to malaria elimination in China, could be scaled up in African countries. This model embedded with a well-designed national reporting system ensures prompt reporting, confirmation, investigation, and response to every malaria case. A local tailored 1,7-mRCTR approach that has been successfully implemented in Southern Tanzania holds a promise for promoting the malaria control and elimination efforts in African settings, which might become the foundation of China–Africa malaria cooperation and reinforce the surveillance and response capacity of African countries.

Third, China’s anti-malaria products mainly the medicines, diagnostics, and vector control tools, meeting the WHO prequalification requirements should shift the marketing to Africa or localize the manufacture in Africa. Donation of medicines, e.g., injectable artesunate for severe malaria and sulphadoxine-pyrimethamine artesunate-amodiaquine for the seasonal malaria chemoprevention, may save lives being threatened by malaria infection.

Africa has made significant progress in malaria control and elimination efforts during the past 20 years together with international efforts. Over 60% of deaths caused by malaria have been reduced in the endemic African countries under the support of international players such as the RBM Partnership to End Malaria, the Global Fund to Fight AIDS, Tuberculosis, and Malaria, and the USA President’s Malaria Initiative. Since 2014, however, the progress in both cases and death has been stagnated by interconnected challenges. The practices of China’s malaria control and elimination efforts could be leveraged to fast-track malaria elimination efforts in Africa, which makes it possible that China’s journey of malaria elimination extends to Africa. China’s government should concert the resources from different domestic stakeholders and international partners to develop sustainable anti-malaria programmes aligning with the existing national and local systems in an African setting. 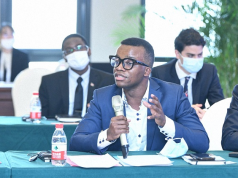 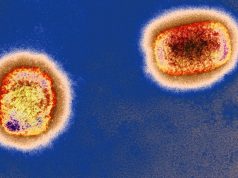