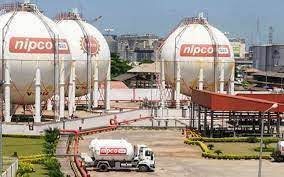 The move according to NIPCO was aimed at deepening the Federal Government’s Autogas policy which was launched by President Muhammadu Buhari in December 2020.

A statement by the Assistant General Manager(AGM) Corporate Affairs, NIPCO Plc, Mr. Taofeek Lawal, disclosed that both companies recently entered into a partnership that would see Femadec Express leverage on NIPCO Gas capacity and  AutoCNG distribution network in several states of the country.

“Within the next year, NIPCO Gas plans to hit an enviable record of converting 10,000 vehicles in several locations.

“In Partnership with NNPC/NGMC, NIPCO Gas Limited is expanding its Vehicle CNG retail stations all across Nigeria with the addition of 45 stations adding that the project is expected to be completed within FY 2022

“As Femadec plans to expand its fleet to 100 buses in 2022 and to expand its route to other regions of Nigeria, NIPCO Gas is also tailoring its operation and infrastructural expansion to align with Femadec.

This collaboration will enable an enhanced service delivery that will in no small measure, contribute to the achievement of the Nation’s Expansion Program and the success of her AutoGas policy,” Lawal said.

According to him, Nigeria is blessed with an abundance of domestic Natural Gas and with over 200 Tcf in proven Gas reserves made up largely of associated gas.

He said that this was expected to hit 600 Tcf as more deliberate gas explorations are undertaken.

“There are over 12 million vehicles in Nigeria that run on petrol and diesel, and less than 10,000 have been converted to NGV. As such, there is so much room to grow.

“The market is big. Nigeria is a very mobile country: There is a very significant interstate movement of goods and also human traffic.

He reiterated the Federal Government’s drive to domesticate Natural Gas utilisation by way of the National Gas Expansion Program (NGEP), the heavy subsidy burden on PMS importation on the Federal as a result of increasing crude oil prices and high FX rates acts as incentives for alternative and cheaper fuel.

He said that Femadec Express will utilise innovative technologies to provide these sustainable services which were in line with the United Nations Sustainable Development Goals.

Lawal said that on May 5 starting with 20 buses manufactured by Hyundai in South Korea, Femadec Express commenced the deployment of CNG-powered mass transit buses in Abuja.

Acccording to Lawal, in line with the Federal Government Agenda to increase the utilisation of cleaner fuels within Nigeria, FEMADEC Express has actively invested in, and developed projects and schemes that align with this agenda.

“NIPCO Gas currently has Retail AutoCNG  dispensing facilities at Ibafo, Benin, Ajaokuta, Okene, and Abuja – where it dispenses AutoGas to over 7,000 vehicles; it is the only Nigerian company that has “State of art” workshops at Benin City, Ibafo and Abuja, for conversion of vehicles to dual fuel usage- it has an inventory of conversion kits for all makes of vehicles.

“Plans are underway to increase its CNG AutoGas to add 40 AutoGas stations to its footprint. Most of these stations will include workshops for the conversion of vehicles. 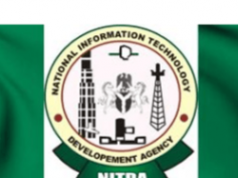 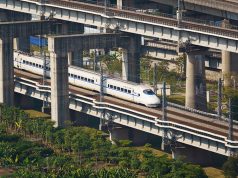