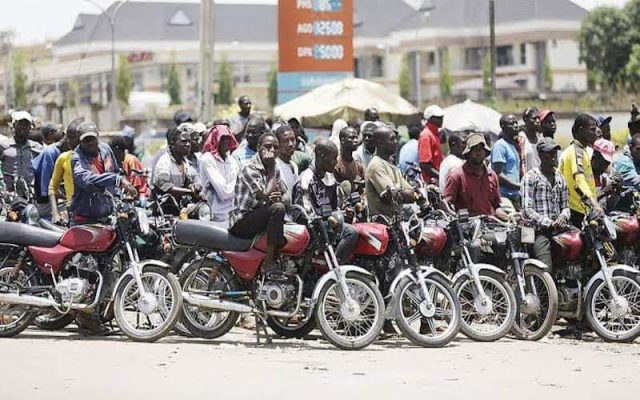 Dear Mr. Governor, there is a war you need to fight now if Lagos, the state under your watch, would remain for the next three years.

This is not scare-mongering. It is a reality that Lagos sits on tinder with flames all around it. The tinders around Lagos are many and diverse and they are waiting for the final spark to ignite this city and state.

Lagos sinks into despicable lawlessness every day and fast becoming a place people loathe to live in. Unfortunately, it gets worse.

Sorry to draw comparisons, but when Babatunde Fashola was in charge, this state and city were nowhere near this extent of chaos.

Dear Governor Babajide Sanwo-Olu, the Lagos you supervise has gone totally anarchical. It is becoming one of the least liveable cities in the world.

Truth be told, sample opinions about the major headache in Lagos, and I am certain 85% of the people will tell you that okada or taxi motorbike is the number one problem of the city.

A few years back, you took a step, I personally lamented when you banned okada, a ban that could not be enforced. I didn’t lament your ban on okada, a dream we longed to realize. I lamented you banning the hailing rides. Okada in Lagos would have cleaned up by now if the Opay Ride and others that operated like Uber and Bolt were allowed to exist till the present time. They had started introducing some sanity that nobody who needed the services of motorbike taxis would have patronised the roadside menacing and crude operators.

When Lagos started having it hot was when it didn’t muster the courage to ban okada in the days of Governor Ambode when many cities in the north banned okada due to the security menace.

On this rare occasion in 2017, I travelled to Abuja by road from Lagos and was surprised to notice that a good percentage of the trailers on the road heading to Lagos were filled with motorbikes. Those were the ones that used to operate in Kano, Kaduna, Zaria, Bauchi, etc who lost their markets and had only Lagos left. Some of them migrated eastwards and in most of the villages in Imo and Anambra states, the okada riders are from among those pushed out of the northern operation base.

Most of the operators at the north all found a haven in Lagos. None of them was trained on safe road use. Many of them can’t communicate in the language you understand and don’t understand you, and don’t even know where you are going. The communication barrier, coupled with their background makes them so violent. They have no regard for rules and don’t care to obey any. Driving directions on roads doesn’t mean a thing to them and they fight, attack, and kill at the least altercation.

Unfortunately, the laxity of Governor Ambode put us in this mess because he inherited a Lagos that banned okada partially from Fashola but threw the city open to this despicable lawlessness.

Because these people brought a higher dimension of lawlessness to what already existed, it went out of control. Move through Lagos, and the easiest conclusion that comes to mind is that this is a place without government. In fact, if there is a government in Lagos, it is okada.

I was simply stupified the day I drove through the Abeokuta expressway from the area under the Bank Anthony Bridge Ikeja that leads into the airport down to Iyana Ipaja as far as Oko-Oba junction. I had not been there in the past four years or so. What I saw shocked me that the BRT bus fast lane has become one long, large loading bay for okada riders and they have overwhelmed the police, while LASTMA compromises them, takes a daily toll from them, and goes in search of private car owners to victimise. The BRT buses literally beg them to find a space and run through.

Dear governor, Lagos is in decay.

On that particular day in December 2020, I witnessed wonders in Lagos as I rode Uber to Adeola Odeku and could not find any back at about midday. That was the day I knew that the okada ban in VI, Ikoyi, and downtown Marina/Broad Street doesn’t apply any longer. Standing in front of the Glo Tower, I felt lost to see a lot of okada stop by me and ask where I was going. It is the same around Falomo and downtown Lagos. It is simply hell.

We know that poverty is part of the proliferation of the taxi bikes, but the way we go about it has rather worsened the poverty instead of ameliorating it.

That particular day at Iyana Ejigbo, a friend came back to where we sat that evening feeling dumb somehow. She was in shock as she later revealed, occasioned by what she witnessed where okada rider, one of those from the northern part of the country, emerged from the market around there and stabbed one of the union boys that collect toll from them dead in broad daylight. Everyone ran away, including the assailant. He was never caught.

On April 27, 2021, the LASU area of Lagos literally witnessed war as the okada riders, 99% from the north held Lagos hostage and later found their way into the Lagos State University (LASU) campus and damaged over 31 cars. That road that links us with other ECOWAS countries was shut down by these okada riders until they had their fill destroying the city.

At last, six were reported dead. This was from an incident where the bike riders had issues with their union money collectors and they didn’t make any difference and started attacking just everyone, going as far as the LASU campus that had nothing to do with their fracas.

On April 18 this year, at Oke-Afa, Isolo, on the road to Ejigbo, there was pandemonium that Sunday afternoon, about 2 pm where over 50 bike riders, all from the north, judging from their physique and language, blocked the street to an estate and the entire road close to the Ejigbo Council office. The issue was that one of them in their usual reckless ride bashed a car and the owner of the car felt there was no reason to damage his car and walk away as if nothing happened, so he decided to cease the bike until the car is repaired. In a matter of minutes, they had called their kinsmen and rallied threatening to kill and burn down unless their kinsman’s bike was released to him. This was a man who felt he had no reason to express some remorse for the action, and his kinsmen started chanting their destructive slogan that the bike must be released unconditionally.

Is the menace from okada only about the operators from the north? No. We have them from all over the country. We lived with the lawlessness of these outlaws before the marauding band from the north swole the deluge beyond control. Those from the north merely amplified the danger that already existed.

Sometime last year, a CSP, a senior police officer who had about two months to retire was killed and their operational vehicle burnt by okada riders in Ajao Estate part of Isolo.

That is why I felt pained that Sanwo-Olu didn’t include Isolo and Oshodi in the ban.

There is hardly a day that passes without an okada mob in Lagos killing, burning, or almost killing someone. They are so powerful that they block the highways to do their business in defiance of any law and rules. The space in between the highway lanes of the Oshosi-Apapa expressway right under the Iyana Isolo Bridge is also an okada stand or pool. They have taken the FESTAC Gate. Mile 2 is lost. Lekki is gone. Ikeja is their heritage. I was a witness to their menace in Lekki in January as I drove into the former Elegushi Beach area now built up.

No single spot in Lagos is spared. Okada has taken the management of Lagos from you, dear governor and it is unthinkable.

Do something drastic now and all Lagosians would stand with you. The fear of an explosion of crime after the ban is no issue when the okada operation and presence are already enough crime and menace.

After okada, do something about Keke, danfo, etc. These people have joined forces in crude violence to snatch Lagos from the clutches of normal society.

No sacrifice will be too great to pull Lagos back from the brink in the grip of okada and other lawless goons. 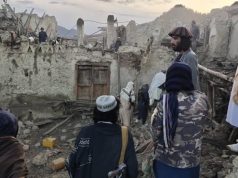 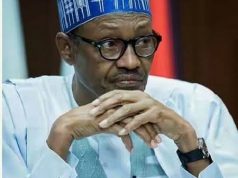