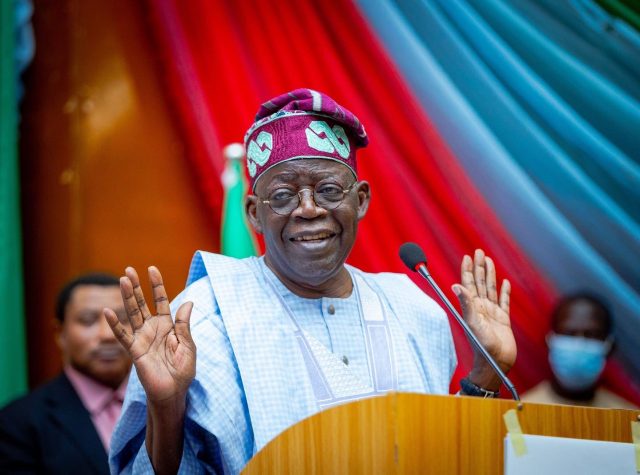 The race for the presidential candidate of the governing APC is over. But remarkably the party and its leadership, especially the APC Northern Governors Forum and a faction of the National Working Committee (NWC) excluding the National Chairman, demonstrated courage and tenacity to zone the party’s presidential ticket to Southern Nigeria.

That allowed for a free and fair contest in which all aspirants either voluntarily withdrew or participated.

Also worthy of commendation was the exemplary party leadership shown by President Muhammadu Buhari for supporting the APC northern governors, endorsing their decisions, and refraining from imposing any candidate, even when prompted by the governors to do so from the shortlisted five southern aspirants. He also refused to endorse the northern candidate earlier announced by the party’s national chairman as a “consensus candidate.”

Through these actions, the president conceded the usual practice by sitting presidents and governors to choose their successors and allowed the party to make that choice. Democracy and peoples’ power were, therefore, the greatest winners; thanks to the president.

The Northern Governors backed their courageous words with action and the rest is now history, as Asiwaju Bola Ahmed Tinubu (ABAT) of South West Nigeria emerged as winner and is now the presidential candidate of APC for the 2023 election. The choice of Tinubu is clearly based on merit, competence, popularity, justice, equity, and fairness; and is in line with federal character provisions of fair representation in public offices.

And it also represents the best example, of where preparation meets opportunity, given Tinubu’s visionary contributions to the formation, growth, success, and sustenance of APC nationwide and continued influence in the exemplary leadership of Nigeria’s economic capital – Lagos State.

Perhaps, the best of “ABAT-nomics” emerged when as governor, he had to run Lagos State without federal revenue allocations for some time due to illegal seizure by the federal government.  He started fiscal re-engineering that transformed Lagos from an annual IGR of N7b in 1999 to over N540b as of 2021 – an increase of over 7500%. Lagos State’s IGR is now larger than those of 30 Nigerian States combined. Consequently, Lagos became “Mecca” to all Nigerian states for “IGR pilgrimage” since the ‘Tinubu Touch’. His ‘Midas Touch’ on other areas including land resources development has grown Lagos’s GDP and prosperity, even more, transforming the state to, not only the largest among Nigerian states but, larger than 42 African countries. Lagos State, though a sub-national in Nigeria, is today the 5th largest economy in Africa. By the combined effect of her GDP and IGR, only Nigeria, Egypt, South Africa, and Algeria have a larger economy than Lagos State in the whole of Africa, thanks to “ABAT-nomics”.

One of the most difficult challenges defeated by courage in Tinubu’s candidacy is the fact that despite being the most competent, he, unfortunately, came from the “politically disadvantaged lineage” of being a southern Muslim in Nigeria. Predominantly, southern Nigeria is a Christian enclave. So, to be sellable and win in the south, you need to be a Southern Christian. The reverse is the case for the North which is predominantly Muslim.

By-passing the northern Muslim and southern Christian situation to elect a southern Muslim is, therefore, a definition of courage. This should ordinarily be a disadvantage but, the positive mood swing and feel-good-factor across ethnic, religious, and even partisan divides since the emergence of Tinubu is a testimony that 2023 will not be ‘politics-as-usual’; it demands much more than the usual primordial sentiments. Educated and well-informed Nigerians who hitherto shied away from voting are now rushing to register with INEC to vote in 2023.

This is therefore a timely reminder to the APC hierarchy that the job is not done yet until Tinubu emerges a winner in the 2023 presidential election. And unless the job is completed, the great sacrifices, leadership, and courage showed so far could become wasted exercise.

Make no mistake, the most difficult part is done, but a chain is always as strong as its weakest part. That is why even the ‘less difficult part’ deserves equal sacrifice. APC can ill-afford to mix primordial sentiments with the wise courageous decisions made thus far. In Tinubu, APC has the most competent candidate decorated with equity and justice.

One selling point of the candidate which is not given enough attention is his ethnic and religious disposition, which stands him as the best known “detribalized” and “de-religious” Nigerian politician whose leadership in Lagos State from inception to date had evidence of political office holders appointed and elected from other states/zones to Lagos State exco, Lagos APC, Lagos State House of Assembly, National Assembly representatives for Lagos State or even federal appointments nominated by Lagos State.

A few examples will include Lai Mohammed and James Faleke from the North Central who became Tinubu’s Chief of Staff, federal appointee, and member of the National Assembly representing a constituency in Lagos; Ben Akabueze, Joe Igbokwe, Jude Idumogu, Tony Nwulu, etc from South-East in the Lagos State government and in other capacities at the federal level.

From the South-South, he had Fola Arthur-Worry and Sam Egube in the exco.  North-West’s Ahmed Abdullahi from Katsina State – Commissioner; Prof. Yemi Osinbajo, from Ogun State as commissioner and presently the Vice President; Rauf Aregbesola is from Osun State and also served in his cabinet.

Presently, 70% of elected officials in Lagos State are non-indigenes of the State. To Tinubu, we are all Nigerians – not Lagosians, southerners, northerners, Muslims, or Christians. Perhaps, his only discrimination is partisanship – Tinubu is a ‘one-party-man’; and party-loyalist to a fault; no decamping, no anti-party-activity, whether in power or in opposition. He is APC through and through. Yet, he maintains a good social relationship with opposition politicians.

To successfully complete this transition process and reap the benefits of the courageous decisions made so far, APC needs to remain focused and objective in her choice of Tinubu’s running mate to complement the Tinubu ticket. No matter how good you may be, when your genotype is ‘AS’, you don’t marry another ‘AS’ or even ‘SS’; you must get yourself an ‘AA’ to be safe. APC must find a pure breed ‘AA’ from the North to complement the Tinubu ticket; particularly with PDP’s Atiku Abubakar in mind.

Without prejudice, Atiku comes from the “right lineage” – the Muslim North; so it will be gross naivety not to attempt to nullify that, especially as the greatest voting numbers are from that axis; and the literacy level is not high enough to resist ethnic and religious manipulations.

All Nigerians – poor and rich, Christians and Muslims understand and agree on the need for competence, equity, and justice in the next dispensation, but may not easily comprehend the apparent ‘complete exclusion’ of their ‘lineage’ from the power equation.

Abiola’s was a Muslim/Muslim ticket, and it mattered less. In all material respect, Tinubu is another ‘Abiola’ replicated, what is left is the ‘Kingibe’ to complement it. The poverty and insecurity in Nigeria today is neither tribal nor religious. If a Muslim/Muslim or Christian/Christian pairing can put enduring hope and solution on the table, Nigerians will grab that with both hands. In 1993, Abiola sold a theme of “Hope’93” and triumphed landslide, nothing less than a “Hope’23” team and theme will be required of APC in the 2023 elections.

APC won the last presidential election in 2019 relying on results from seven northern states of Kano, Katsina, Kaduna, Borno, Bauchi, Jigawa, and Kebbi. Therefore, any objective search for a VP candidate should be restricted to these seven states.

An APC ticket that will be a ‘knock-out-blow’ in the south, as well as the North, is the only guarantee of success for APC. This is the time to assert that courage one more time to successfully finish a good job already so well started.

NOTE: The opinion expressed here are entirely his and does not represent the position of this media organisation 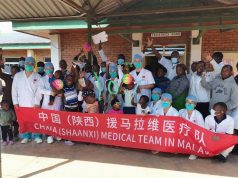 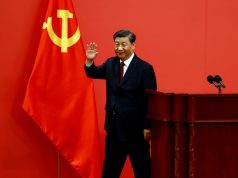 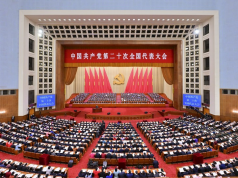