“The annual average temperature in Hohhot city is eight degrees Celsius, so data centers in the city can use natural cooling sources for about five months of the year,” an executive of Chinese telecom operator China Unicom’s cloud data center in Hohhot explained.

The innovative combination of the cooling tower and the plate heat exchanger allows the data center to save five million kWh of electricity annually, said the executive, explaining to People’s Daily why the company located the data center on grassland in the city.

The approval for these projects indicated the completion of the overall layout for China’s national integrated big-data center system.

Data centers are major consumers of electricity. By channeling the demand for computing power in the east to the western regions, the east-to-west computing resource transfer project can give full play to these regions’ advantages of favorable climate, rich energy sources, good natural environment, etc., and expand the local supply and consumption of renewable energy sources, thus facilitating the low-carbon, green and sustainable development of Chinese data centers.

The mega project also plays a key role in addressing uneven and inadequate development in the country.

According to Wang Tiejun, deputy general manager of the Materials Business Unit of Yangtze Optical Fibre and Cable Joint Stock Limited Company (YOFC), the project will effectively propel the upgrading of the transmission speed of the backbone network from 100 Gbps to higher rates such as 200 Gbps and 400 Gbps, thereby generating new market opportunities for YOFC.

Homemade servers currently enjoy a market share of 74 percent in China, and the figure is expected to be further elevated by the project, said Huang Yue, an executive of Lenovo Infrastructure Solutions Group.

It’s estimated that China’s server market will see a more than 10-percent growth in revenue in 2022.

As of 2021, 5.2 million server racks were in use in data centers across the country, while the IDC market revenue reached 150 billion yuan (about $22.46 billion) and the size of the country’s cloud computing market hit 303 billion yuan, said Yu Xiaohui, head of the China Academy of Information and Communications Technology (CAICT).

It’s expected that the number of server racks at data centers in the country would expand by about 20 percent on a yearly basis while the revenue of these data centers would be maintained at between 25 percent and 30 percent during the country’s 14th Five-Year Plan (2021-2025) period, when China’s cloud computing industry would probably see its average annual growth rate of revenue exceed 30 percent, according to Yu.

The project that channels computing resources from the eastern regions to the western regions of China can drive an increase of about 400 billion yuan a year in investment, said Xu Bin, deputy director of the innovation-driven development center of China’s National Development and Reform Commission.

Meanwhile, the computing power-related facilities that have been built and will be built in western China will bring opportunities to industries like information technology and green energy sources in the country’s western regions, according to Xu.

Like water conservancy system in the Agricultural Age and electricity in the Industrial Age, computing power represents a crucial component of the foundation for the development of a country’s national economy in the era of digital economy.

It’s believed that the implementation of China’s computing resource transfer project is bound to provide strong support for the Digital China initiative and inject new impetus into the high-quality development of the Chinese economy. 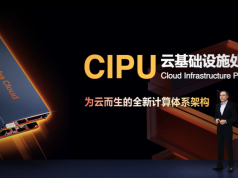 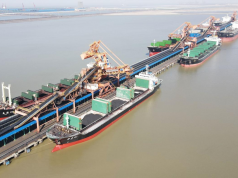