Continuing to play the US’ spearhead in Asia, Japanese Prime Minister Fumio Kishida met with US House Speaker Nancy Pelosi on Friday after she paid a highly provocative visit to the island of Taiwan and criticized China’s military drills around the island, which analysts said showcased Japan’s calculation to cooperate with the US on containing China while expanding its own military strength.

As China has expressed its opposition toward Japan’s recent negative moves on the island of Taiwan by summoning the Japanese ambassador to China to condemn Japan’s unfriendly moves, analysts warned that Japanese leaders should know that closely following the US in playing the Taiwan card to provoke China will further damage bilateral relations and incur countermeasures.

On Friday, Pelosi and a US congressional delegation were in Japan on the last stop of their Asian trip and had a meeting with Japanese leader Kishida, Kyodo News reported, also noting that during the meeting, Kishida “strongly criticized China’s military drills which “threatened Japan” and “impacted peace and stability” of the region.

While making no specific comment on Pelosi’s provocative visit to the island of Taiwan in previous days, Japan on Wednesday together with other Group of Seven (G7) members and the EU issued a statement that unjustly accused China over the Taiwan question, which led to the cancellation of a scheduled meeting between Chinese and Japanese foreign ministers in Phnom Penh, Cambodia on Thursday.

Japan adopted a changing attitude toward Pelosi’s visit – from refraining from making any comments to actively cooperating with the US. It knew from the start that the US was not justified to have Pelosi visit Taiwan island but after China started countermeasures, it found excuses to attack China – for example, claiming that China’s missiles landed in its “exclusive economic zone,” Xiang Haoyu, a research fellow at the China Institute of International Studies, told the Global Times.

On Thursday, Japan said that five missiles China launched during the live-fire drills “landed in Japan’s exclusive economic zone” and it conveyed “opposition” to China via diplomatic channels.

In response, Chinese Foreign Ministry spokesperson Hua said during the Thursday and Friday press conferences that China and Japan have not carried out maritime delimitation in relevant waters, so there is no such thing as China’s military actions being held in or entering Japan’s “exclusive economic zone.”

There is no basis for Japan to claim an “exclusive economic zone” in related waters. The US has conducted military drills in the waters near Japan frequently, so why did we not hear Japan jumping to accuse the US, analysts asked, noting that the Japanese government’s responses aim to show loyalty to the US and play as the spearhead and barking dog for the US.

Japan has probably again fallen into delusional disorder and wants to use this chance to hype topics about the Diaoyu Islands, while China has sovereignty over the Diaoyu Islands and the exclusive economic zone around them. If the missiles fell into these areas, there is nothing related to Japan, Tian Shichen, founder of the Global Governance Institution and director of the International Center for the Law of Military Operations, told the Global Times. 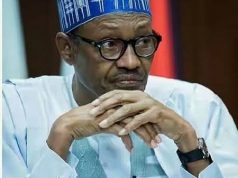 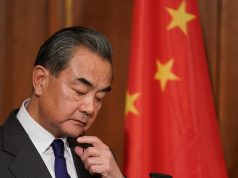 Pelosi in Taiwan: Chinese FM says US has violated its sovereignty