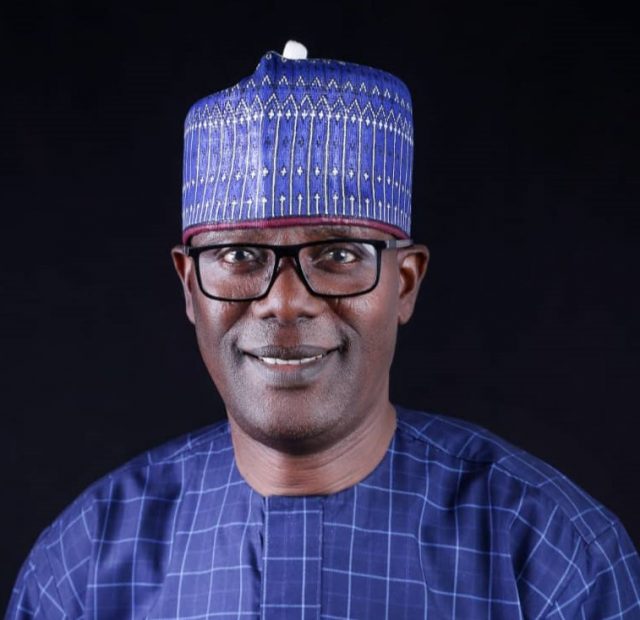 He is one of the finest gentlemen of the press that I have ever encountered. A courageous, fearless, humane and humble editor, Mallam Yusuf Alli has come a long way in redefining investigative journalism from his decades of experience in the coverage of various beats in the Nigerian media.

For his career in journalism, he honed his skills at the Nigerian Institute of Journalism (NIJ), Lagos; the Centre for Foreign Journalists, Reston, Virginia in the United States; Lagos Business School; and Kookmin University in Seoul, South Korea. He is also a product of journalism training in China, and he earned a BBC Certificate on Election Reporting.

He has worked with several newspapers, including being a reporter with the Herald and standing out to be counted in the heady days of the struggle against military dictatorship, as a guerilla journalist with the AM News/The News titles.

He rose through the ranks as a reporter, senior reporter, Chief Correspondent, Assistant Editor, before becoming a Deputy Editor and then getting elevated as the Editor, Sunday Punch, Saturday Punch and ultimately The Punch daily newspaper in 2006. He is currently the Managing Editor, Northern Operations of The Nation Newspapers.

When it comes to investigative reporting, Alli is fundamentally guided by some of the central tenets and core principles of the practice, which is the necessities of objectivity, fairness and balance, and to report on people and issues without fear or favour. Naturally, such essentially professional conduct could be to the discomfort of friends and even family members, at times. In fact, as a journalist who covers anti-corruption agencies for more than two decades, Alli is reputed to have dossiers of lesser and most corrupt public officials at all levels.

On a few occasions, I had expressed my disenchantment with some of his investigative stories that were not favourable to common associates. He merely responded that “once you are an investigative reporter, you should demonstrate integrity above board.”

Alli always insists on the sanctity of truth-telling, and nothing other than that. And, rather than anyone trying to plead with him to kill an unfavourable story that could be harmful to certain interests, it is usually better for such a person to expend his or her energies on making a clearer presentation of the other side of the story involved to Alli to enhance its balancing, than seeking to persuade him to renounce a story or distort the truth.

Beyond the often cat-and-mouse game between a PR professional and a journalist, our relationship is mutually built on trust, sincerity and openness. Mallam Alli can be very considerate in his reporting, to save a bad situation. In fact, he has saved many lives from ridicule, embarrassment, distress and even poverty, through philanthropic endeavours.

When I was forcefully retired from the public service in 2013, Alli as an influential media personality, introduced me to highly placed individuals, including the current presidential candidate of the All Progressives Congress (APC), Asiwaju Bola Tinubu, and a chieftain of the Peoples Democratic Party (PDP), who is now a former Senate President, Senator Bukola Saraki, among numerous others.

Knowing that Mallam Alli is one who could take risks including riding okada motorcycles during heavy traffic, undertaking inspections at odd hours and even spending his last kobo on investigative and exclusive reports, I have taken advantage of this awareness to the fullest on a number of occasions. An instance of this occurred when I was in Las Vegas, USA in 2015, and became informed that back home security personnel had surrounded Sambo Dasuki’s Abuja residence in an attempt to re-arrest him, as against court orders. This was at a time when fake news and hate speeches were deliberately being sponsored and churned out to incite citizens against top officials of the previous administration, in some of the darkest days of media trials in Nigeria.

I quickly called Mallam Alli on phone and urged him to reach Dasuki, as he could get some immediate exclusives (stories) if he did.

“Are you sure?”, he asked. To which I quickly replied: “Yes… But you have to meet with him as soon as possible at home not on phone, please.”

Not surprisingly, Alli managed to penetrate security corridors through the strategic disguise of a tested news spymaster. In the process, he ferreted out details of military procurement, dates of deliveries, and the acknowledgement by the end users. His subsequent reports blew open many of the toxic allegations that had been made against the previous administration – of which Dasuki was a prominent figure as the national security adviser (NSA).

Rather than me thanking him for the unbiased reports he did that yanked the veil off the unfortunate media accusations, Alli was the one thanking me for providing him with the opportunity for practicing his craft and delivering on such critical exclusive reports with fresh facts on security expenditures.

Despite being an editor, the quintessential Yusuf Alli is still at the frontiers of breaking and reporting news, competing with reporters for the bylines. He would rather be on the field sweating out the daily grind of journalism than serving as a desk officer with a big title and in a comfortable office.

As a board member/director of Image Merchants Promotion Limited, the publishers of PRNigeria and Economic Confidential, Yusuf Alli is one of the brains behind the mentorship programme of the organisation for Mass Communication students, budding writers and young journalists. He regularly participates as a resource person and provides logistics for the success of capacity-building programmes.

He is also actively involved in charity activities as he belongs to many organisations including Ansarudeen (The Helper) Society of Nigeria and is a board member of NASFAT Zakat/Sadaqat Foundation in the Federal Capital Territory. Just recently, he emerged the 11th President of the Rotary Club of Abuja Maitama District.

During his investiture as the Rotary Club President, many dignitaries commended Alli for his various efforts and endeavours. In extolling his numerous qualities, the former governor of Borno State, Senator Kashim Shettima said the quintessential journalist’s life is a study in dedicated professionalism, service, and a deep sense of duty.

Shettima said: “Today, Yusuf Alli has been recognised as a leading authority in investigative journalism in our country. His colleagues, from far and near, recognise the incredible hard work he puts into every story he pursues and the excellent quality of his outputs in the professional field. If all that Rotarian Yusuf Alli has done in life is the exemplary service that he has given to journalism in our country, we would be forgiven to conclude that he has done enough for a lifetime.”

I am aware that he has politely rejected many offers of juicy public affairs roles in a number of establishments. Instead of being on the driver’s seat, Alli usually says: “I have never aspired to lead. All I wanted was to serve in my little way. I come from a family with a deep passion for service and giving. I also married from a family which loves to share and give.”

Mallam Yusuf Alli gives without expecting anything in return and lends his professional practice to the promotion of the truth, pursuit of fairness, building of goodwill, enhancement of better friendships and enabling acts that are beneficial to humanity. His brand of journalism, over the years, respects our diversity, protects the national interest and upholds equity and justice.

Married to Hajiya Muinat Abiola Yusuf on November 27, 1997, their marriage is blessed with four children, including a set of twins.

To an epitome of humility and simplicity, this is to wish Mallam Yusuf Alli Happy 60th Birthday and 25th Wedding Anniversary 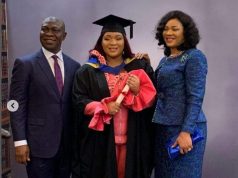 Ekweremadu’s daughter: My dad has kidney failure too, reason my family can’t donate to save me 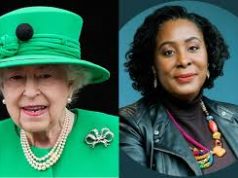 Uju Anya: I won’t apologise, even the Queen’s crowns were stolen 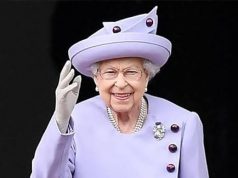